Allan Kaprow was born in Atlantic City in 1927 and is acknowledged to be the father of the happening, an ‘alive and kicking’ art form, which he defines as an “assemblage of events that take place in more than one spatial and temporal situation and an artistic work created by the performers and the audience.” Borrowed from New Dada, the idea of assembly, reinterpreted from a metropolitan perspective by Robert Rauschenberg and Jasper Johns, gave rise to Kaprow’s happenings with the aim of abolishing the distance between the user and the author of the work, bringing art and life together. The event, which marks the new attitude within the arts, opened in New York in 1959 with the first happening organised by Kaprow at the Reuben Gallery: 18 happenings in 6 parts. The artist sent an invitation to friends and acquaintances announcing the eighteen happenings, asking for direct involvement in the events: “Like all the seventy-five people present, you will be both spectator and protagonist at the same time.” The removal of the barrier between artist and audience is the key element in the happenings, where there is neither stage nor logic. The stage is life itself: people, apartments, plots of land, railway stations or classrooms, like those used during John Cage’s course at the New School for Social Research in New York. This elimination of set models can also be seen in the use of everyday materials (fruit, sheets of paper, matches, toy instruments, or cloth bags) meant to create, with performers and audience, a global and disordered environment.
The term environment refers to an ambient installation involving the entire space experienced by the audience, including all the objects present, where the action takes place without a start or finish time, often going into loop. Kaprow produced his first environments in the sixties. In 1960, he set up Stockroom in Stockholm. It consisted of a room where cardboard boxes, newspapers, postcards and similar materials were arranged and muddled in order to create an organic and non-geometrical space that abandoned itself to a completely alogical dimension. Despite being planned, his actions left room for small changes wrought by time and the audience itself (the main material of the work), which made the happenings spontaneous.
At the time, an enormous number of artists in New York focused on happenings; some of them were famous exponents of New Dada like Rauschenberg and Dine, Pop Artists like Oldenburg, or Minimal Artists like Morris. Kaprow set up happenings and environments in major American and European institutions, participating in the most important international events like the Venice Biennale (1993) and Documenta (1977, 1987). The main environments that come to mind are Beauty Parlor (1957/58), Apple Shrine (1960), Stockroom (1960), Yard (1961), Words (1962), and Eat (1963). Many of these have been reproduced in museums and galleries, especially Yard. It was first presented at the Martha Jackson Gallery in New York in 1961, where he filled the courtyard behind the gallery with hundreds of used tyres, inviting visitors to walk, sit, lie down and move them at will. It was presented in Italy in 1992 at Studio Morra and in 2003 at the Castel Sant’Elmo for the exhibition-event “Living Theatre – Labirinti dell’immaginario”. Exploring the concept of art already introduced by Pollock, whereby idea and process are more important than the object, he shifts the emphasis onto action rather than the aesthetic product. Kaprow’s is a way of making art that no longer produces objects but becomes a free examination of the relationships between ideas, actions, and the material world. 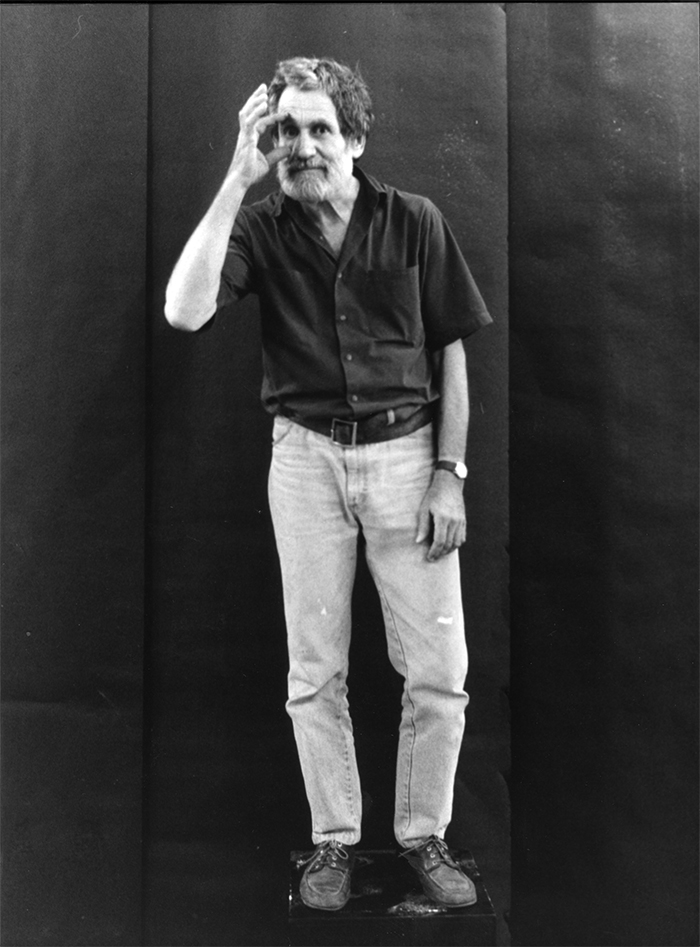