The Living Theatre Archives at the Fondazione Morra house a range of materials pertaining to the theatre group from 1969-2015. The collection began with the numerous events promoted and organised by the Foundation from 1995, when the Company staged two performances at the Teatro Mercadante in Naples, then, in 2003,the exceptional retrospective Living Theatre: Labirinti dell’Immaginario, with poetry readings, concerts, happenings, and the world premiere of Enigmas, supporting the production and dissemination of their theatrical and artistic work up to 2015.

The Living Theatre Archive at the Fondazione Morra consists of texts, documents, notes and correspondence,and the personal writings of Judith Malina as well as photographs and slides, posters, invitations, newspapers, books, magazines and video recordings. The collection also has a large section dedicated to costumes and props from some of the performances, in particular The Yellow Methuselah, and Masse Mensch.

The Fondazione Morra, always keen to promote artistic heritage as the basis for a different approach to research in late twentieth-century performing arts, has engaged Prof. Lorenzo Mango, Professor of History of Modern and Contemporary Theatre at the Orientale University of Naples and Director of the Theatre Department of the Nitsch Museum in Naples, to set up the Living Theatre Archive. This archive, in addition to constituting a home for documents, will be a Living Archive with the aim of keeping the group’s work alive, but also – moving beyond mere conservation – inspiring activities of various kinds in the spirit of the Living Theatre’s idea of theatrical revolution.

The Living Theatre (founded by Judith Malina and Julian Beck in 1947) is one of the theatre groups that contributed most to shaping the identity of theatre in the second half of the twentieth century. It is no exaggeration to argue that contemporary theatre would not have been the same without the Living Theatre. The Living Theatre was founded in the late 1940s in the United States by a young painter, Julian Beck, and Judith Malina, the most inventive and audacious student of Erwin Piscator’s Dramatic Workshop, and distinguished itself from the start thanks to its love of experimentation, innovative staging, and the creation of a theatre where the technical and formal are closely tied to life itself. For the Living Theatre, the terms ‘art’ and ‘life’ have always overlapped to the point of becoming indistinguishable. If this was particularly evident in the 1960s, when the Living Theatre, upon moving to Europe, brought about a radical shift in the way theatre is understanding and practiced on our continent, the desire to blend art and life is a concept implicit in the name the company chose to adopt: living theatre.

The Fondazione Morra has acquired a substantial part of the Living Theatre Archives, a precious and unique testimony of their history. Living Theatre archive material can be found in various parts of the world, but that of Naples is, together with those of the University of Yale and the Lincoln Center in New York, the most complete. The three archives integrate to form a comprehensive documentation of the Living Theatre’s work.

The Living Theatre Archive in Naples is, therefore, a documentation centre of global importance. 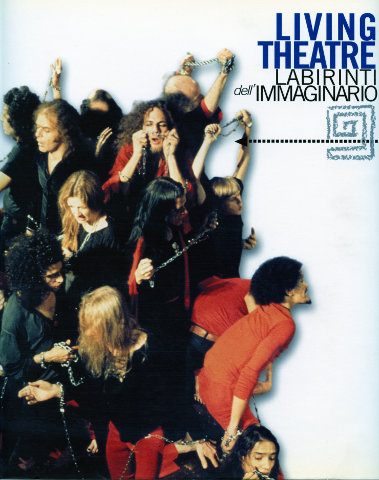 The Archive consists of 196 volumes catalogued using the OPAC SBN web platform. The Archive is constantly updated with small additions. The latest acquisition, of around twenty volumes, was in July 2020.

The archive volumes are catalogued according to the following criteria: “Living Theatre – General”, holding 148 volumes, some of which explore the oeuvre of the Living Theatre through monographs and essays by authors not part of the group together with other volumes of different kinds consulted by its members. These came to the Fondazione in 2010 with the acquisition of materials pertaining to the group from its base in Rocchetta Ligure, in Piedmont, and “Living Theatre by Author”, containing books written by the two founding members of the group – Julian Beck and Judith Malina – among its 48 volumes.

The books in the Archive were published in the second half of the twentieth century, when the group produced its most copious and significant output.

The history of the Archive falls into two phases. The first concerns the Fondazione’s acquisitions in the early twenty-first century, focusing on the work of the Living Theatre, namely monographs, essays, and catalogues from Italy and abroad.

The second regards the acquisition of volumes from the material at the Living Theatre’s base in Rocchetta Ligure. The group would consult them for personal study or for the preparation of individual theatrical performances. 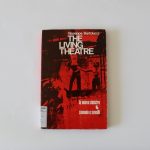 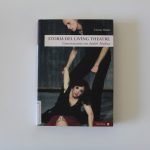 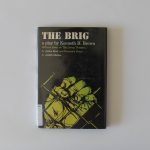 In the section filed as “Living Theatre – General” the volumes are quite varied and come mainly from Italy, France, and the US. An important core of these texts is related, as previously mentioned, to academic studies of the Living Theatre’s stage works. 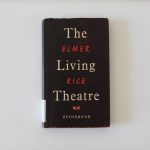 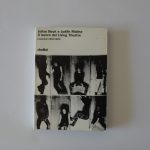 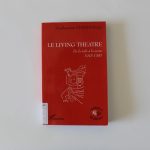 The section filed as “Living Theatre – General” contains quite an assortment of volumes belonging to members of the group (in particular Judith Malina), acquired (as mentioned above) in 2010 by Fondazione Morra. They come from the group’s base in Rocchetta Ligure, together with other materials now housed in the Living Theatre Archive.

The volumes testify to the various artistic, literary, and political interests of the group; interests that formed the basis of their theatrical output and their political and social activity.

Among the works dedicated to politics are several texts on anarchism, the Resistance, and some volumes of local history concerning Rocchetta Ligure and the Piedmont region. 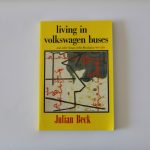 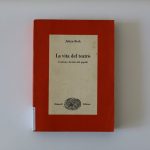 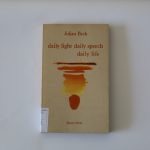 Lastly, the volumes labelled “Living Theatre – by Author” contain texts written by the two founders of the group (Julian Beck and Judith Malina), or single works discussing them. Among those by Beck we find, among others, the essential posthumous text Theandric (Socrates, Italy 1994) and the Italian version of the equally essential The Life of the Theatre: The Relation of the Artist to the Struggle of the People, edited by Franco Quadri (Einaudi, 1975), the French version edited by Daniel Guerin (Gallimard, 1978), and the American version (City Lights, 1972). This group of volumes also includes poetic and political texts by Beck collected in Living in Volkswagen Buses (Broken Moon, USA 1992), Semi-permeable membranes: twenty songs of the revolution (Bliss Press, 1984) and Songs of the revolution (Interim Books, USA 1963), together with two catalogues of his art work, namely Julian Beck: drawings and paintings (Figure, Italy 1997) and Julian Beck: paintings and drawings, 1944-1958 (Ubu Gallery, USA 2001). 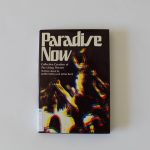 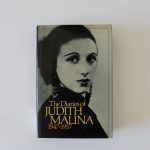 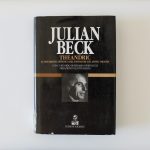 Among Malina’s texts, on the other hand we find several volumes containing pages from her diary with work notes, prose and poems, including Full Moon Stages: Personal Notes from 50 years of The Living Theatre (Three Rooms, USA 2015), Diário de Judith Malina: o Living Theatre inem minas gerais (Arquivo de DOPS, Brazil 2008), The Piscator Notebook (Routledge, England 2012), and The Diaries of Judith Malina 1947-1957 (Grove, USA 1984). There are also several of Malina’s poetic works, such as the important Love and Politics, in the Italian version edited by Cristina Valenti (Stampa Alternativa, 1998) as well the English version (Black&Red, 2001), and other poetry books such as Having loved: New Poems (Fast books, USA 2015), and Poems of a Wandering Jewess (Handshake, France 1984).

This section is completed by two volumes by American filmmaker and poet Ira Cohen, producer of Marty Topp’s film about the American tour of the Living Theatre’s famous show ‘Paradise now’.