Born in 1922 in Paris, Chopin is one of the key figures of the international neo-avantgarde. His career goes back to the fifties, and he was one of the founders of sound poetry. During World War II he was obliged to do forced labour in 1942, and a year later, the Germans deported him to Olomuk in Czechoslovakia. Between 1944 and 1945 he found himself on the ‘death march’ towards Russia. The terrible conditions during the war were a source of inspiration for his works, but 1955 saw a turning point in his poetical interests. On the island of Ré, where the poet was working as an educator for maladjusted children, at the Saint-Martin-de-Ré market, site of the famous citadel designed for the Sun King by Vauban in the fifteenth century, Chopin met a street vendor who gave him her portable tape recorder. The discovery of this device opened up new perspectives for the artist’s poetry thanks to its ability to conserve the human voice, outward sign of an inner act. A key figure in the French avant-garde, Chopin joined a circle of lettrist poets, and he attended lectures by Isidore Isou. Other members include Dufrêne, Wolman, Brau, Paul De Vree, Gysin, and Bernard Heidsieck. He found himself particularly on the same wavelength as François Dufrêne, the voice of Isou’s traité. In the late fifties (1957), he became the leader of the ultra-lettrists, a splinter group of Isou’s movement, inspired by the scream poetry of Artaud and animated by Dufrêne. For the ultra-lettrists, the voice represents the internal energy needed to power the network of relationships with the world: in other words, vocal energy represents life itself. In 1959 he founded “OU”, the first magazine dedicated to the theory and poetics of sound that would showcase authors like Dufrêne, Bernard Heidsieck, William Burroughs, Ladislav Novak, Mimmo Rotella and other important avant-garde figures from round the world. It presented text, images and sound materials on vinyl. Chopin, always ahead of his time, did not merely cultivate the creative sphere of sound and verbal poetry. Chopin was a key figure in the French avant-garde, and gained international renown: he was also a visual and graphic artist, typographer, performer, director, publisher and independent art promoter, and he made many appearances in Italy. He performed in many festivals and took part in several exhibitions as a concrete poet. He also joined the international editing team of an international poetry magazine, “Taverna di Auerbach”, dedicated to intermedial poetics. It was founded in 1987 and ran until 1990 under the direction of Giovanni Fontana. His interests, beyond verbal, sound and concrete poetry and film, extend to theoretical writing (such as aux Musiciens Aphines in issue no. 33 in OU, the magazine he directed), theatre and even pamphleteering. The latter must be understood in the light of his personal circumstances, experiencing as he had at first hand the events of World War II. The convictions expressed in his pamphlets would remain unchanged throughout his life (Stelio M. Martini, introduction to the text of H. Chopin, L’ultimo romanzo del mondo (1961), Edizioni Morra, Naples, 1984). In the early eighties, he came into contact with Giuseppe Morra, founder of Studio Morra, now Fondazione Morra, one of the most important historical sites for contemporary art in the city of Naples. Their partnership immediately spawned numerous new works, including publications and audio media such as the dattilopoemi, compositions performed on a typewriter where the visual side offers a variety of multiple readings verging on the impossible, visual scores where the image is lostin sound, both of which are understood as physical objects. His experiments with words and vision are perfectly epitomised in the dattilopoemi. They create a textual corporality through the visual tension caused by the superimposition of different texts and patterns formed from letters, crafting an architectural skeleton to reveal the pure form of the word. Chopin remains an important point of reference for generations of artists, both in terms of sound and image poetry. In his works, the visual is abandoned in favour of sound, and both are the result of their sheer physicality. Henri Chopin died in 2008 in Dereham, UK. 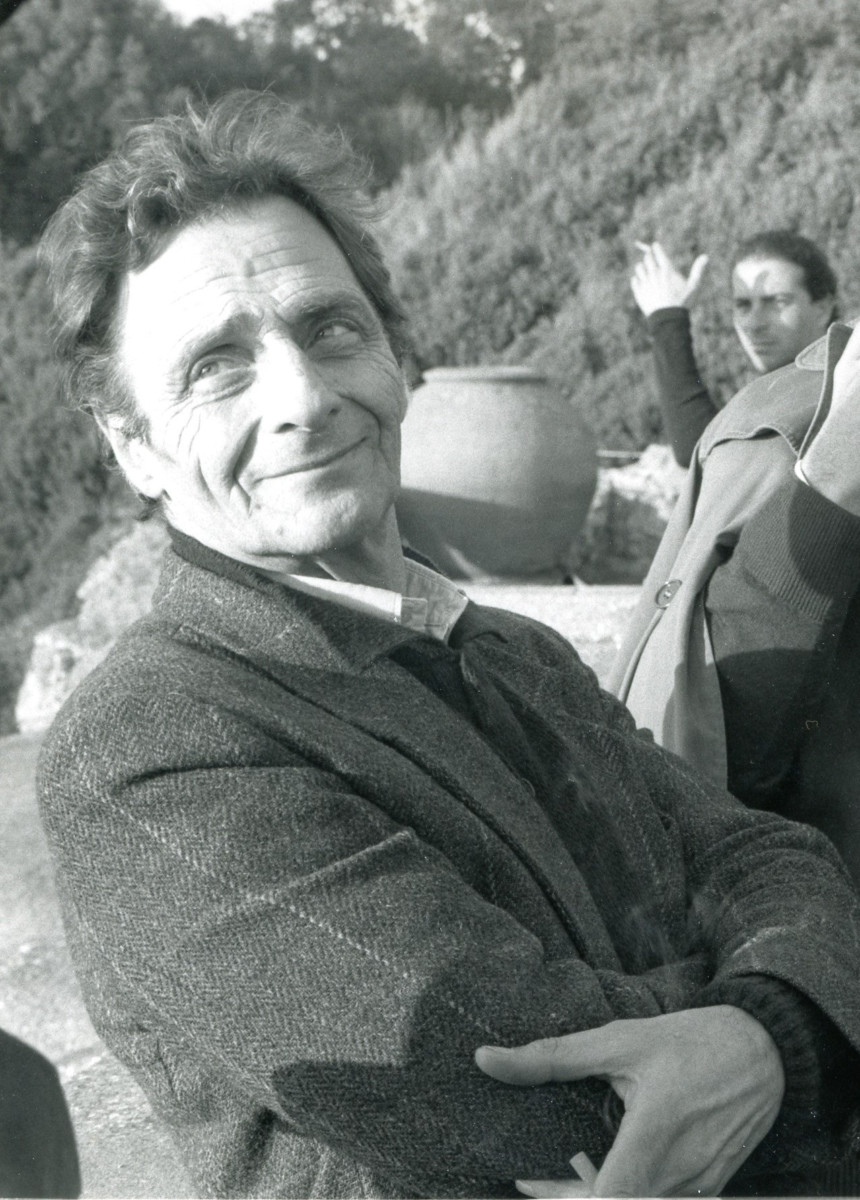 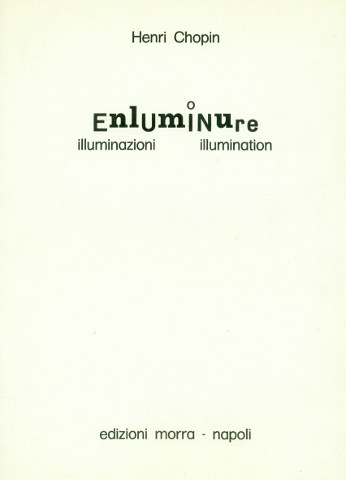 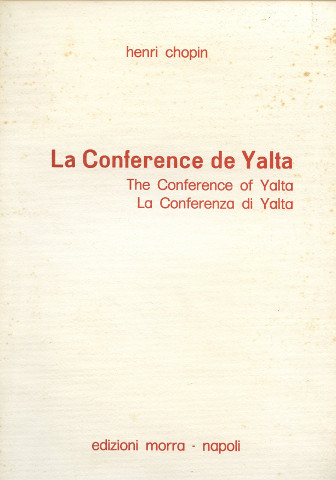 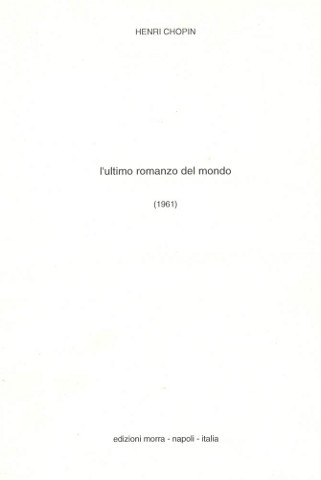 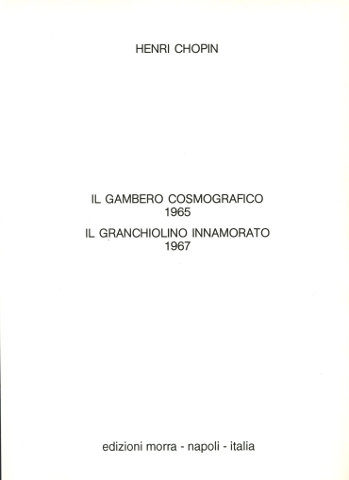 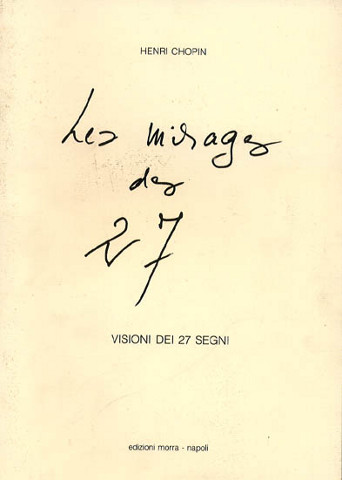 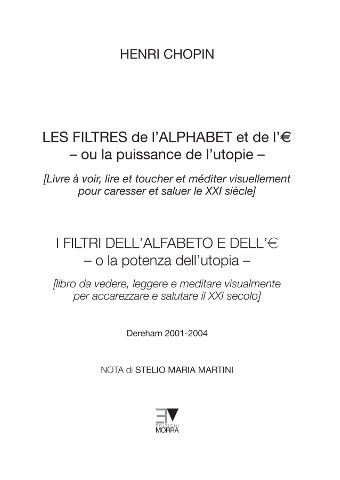