Nanni Balestrini was born in Milan in 1935. Besides being a poet, he is a narrator, visual artist, and playwright. He is an investigator of the connections that bind words, texts and images. He was a contributor, with Pagliarini, Giuliani, Sanguineti and Porta, to the I Novissimi anthology (1961), in some way a prelude to the new avant-garde and the Gruppo ’63, of which Balestrini was, of course, part. He was also involved in launching important literary journals like “Il Verri”, directed by Luciano Anceschi, or “Quindici” and “Alfabeta”. He had always been fascinated by the expressive power of language, which, when dissociated from its semantic value, becomes the object of poetry. Recombining existing fragments of language, real text taken from movies, books and all sorts of media, Balestrini created a non-language, the zero degree of meaning, to give the audience the opportunity to create their own. Among his poetic works we recall Come si agisce (1963), Le ballate della signorina Richmond (1977), Blackout (1981), and Caosmogona (2010). Balestrini destroys and reconfigures language, reproducing the short circuit that occurs between external forms of dynamism, the moving body, and thought in motion. His extensive output includes experimental poetry (he was the first writer to use a computer to compose a poem), and politically engaged novels on the social struggle movements of the seventies. One example is Vogliamo tutto (1971), a novel-chronicle about the workers’ protests at the Turin Fiat factory in 1969, written from live recordings taken during meetings, assemblies and demonstrations held by the labour movement. An epic narrator, Balestrini tells other stories within the stories, often starting from a systematic re-use of written sources without discrimination as to the origin. Tristano (2007) is a multiple novel, of which 2,500 copies were printed, each one different from the other according to the rules of ars combinatoria, in a hotchpotch of phrases taken from atlases, magazines, romances and guide books, all jumbled up to produce a narrative text. Dynamism and diversified uniqueness emerge particularly forcefully in his film Tristanoil, presented in 2012 at Documenta13 as the world’s longest film because of its virtually infinite duration. In 2010 he contributed to the launch of the magazine “Alfabeta2”. Alongside his literary production, he carried out intensive research on the visual, documented in his monograph Con gli occhi del linguaggio (With the Eyes of Language) (2006). He has taken part in various exhibitions in Italia and abroad: in 1993 at the Biennale di Venezia, then at the Palazzo Grassi in Venice and at the Centro per l’arte contemporanea Luigi Pecci in Prato. He has held personal exhibitions at the Galleria Mazzoli in Modena, the MACRO (Museo d’arte contemporanea di Roma), the Fondazione Morra in Naples, the Fondazione Mudima and the Fondazione Marconi in Milan, the Museion in Bolzano, and the Museo Novecento in Florence. 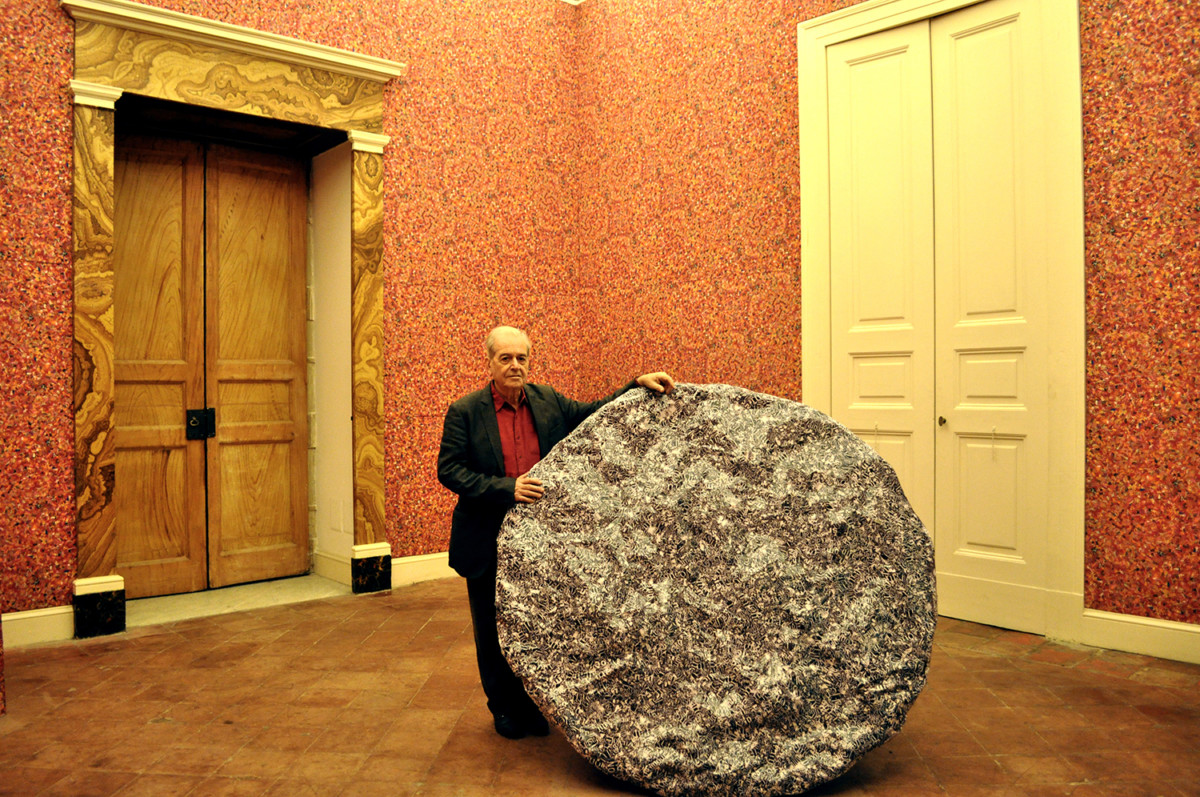