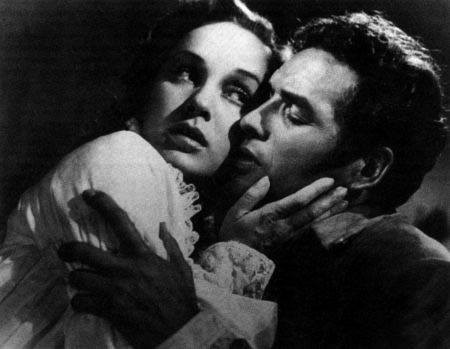 One of the least seen films of Buñuel.

Starting from the famous novel by Emily Bronte, Buñuel builds in “Abismos de Pasion” (this is the original title) a gothic tale suspended between life and death and a love that exceeds death in an unforgettable erotic-necrophoric sequence. The concept of “amour fou” to which the Spanish director refers, constitutes one of the theoretical cornerstones of surrealism, a love totally free from any attempt made by the bourgeois morality and the Church to force it into fixed patterns. (The concept of “amour fou” was theorized by André Breton in 1937). Wagner’s “Tristan and Isolde” underscores the film’s tragic progression and justifies the necrophilic ending that, “is far beyond and many cannot understand it” as Buñuel himself said. The version we present here, in its original subtitled version, does justice to Buñuel’s atmosphere, betrayed by the Italian dubbing.