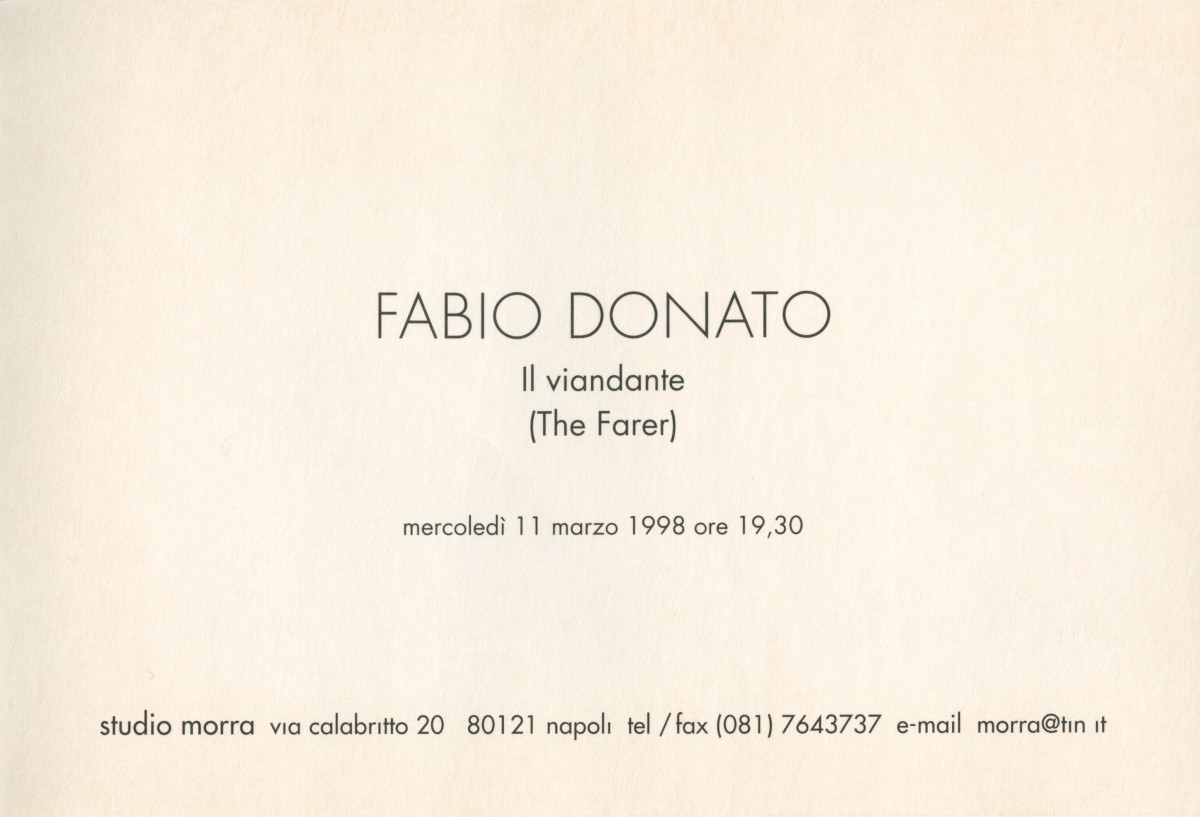 The Paradoxes of Photography by Angelo Trimarco

It was Roland Barthes, more than any other, who sowed the territory of photography with paradoxes. He began in ’61, maintaining that the “particular charter of photographic image” is a codeless message, since, of course, “the image is not real” but is “to say the least a perfect analogon, and it is precisely this analogic perfection that in a general sense, defines photography”. In 1980, just before his death, he concluded that photography is a “noesis without noema, an act of thinking without thought, an understanding without a final objective”.

“Photography corresponds perhaps to the irruption, in modern society, of a symbolic Death, beyond religion, beyond ritual: a sort of sudden plunge into a literal death.”

Codeless message and noesis without noema, photography is the “Absolute particular”, the “supreme contingency”, the “reality in its tireless expression”. It testifies to the stubbornness of the referent in being ever present (“One would say that photography always carries its referent with it, both of them marked by the same loving and funereal immobility”.) A trinity, then, disquiets us: photography, love, mourning, but without being able to go through the mourning process.

Frankly, I don’t know how much photography, which is in any case a language, can exhibit the “absolute Particular” and the “Supreme contingency”, the Reference in its “tireless expression”. I don’t believe it, as I believe the opposite, that any language – poetry, music, painting – is the Absolute Universal or the Supreme Eternity. Walter Benjamin, in a much celebrated quotation, referring to the nature “that speaks to the camera”, offers a precious indication of an “unconsciously elaborated space”: “only through photography”, he advises, “can you discover the instinctive unconscious”. Through photography, then, it is possible to grab hold of the splinter of time in which “the step extends“, in which in a series of ordered and predictable facts and events, something or someone blocks the way or accelerates. Moreover, the optical unconscious indicates the discontinuity of the step, the rift, though minimal, that brushes against the shining surface of things, the drive that makes nature deviate and disturb reality.

The optical unconscious signals the threshold – the passage – from the real to the artificial, from nature to language, to photography as a linguistic construction. A step, obviously, that is inconstant and accented by different beats. Not immobile, absolute time, but different temporalities which mark the experience of photography, this singular codeless language. Just as in other non-verbal languages. Without codes, or better yet, with weak ones.

Fabio Donato’s work is the perfect place to grasp the moment in which the step extends. His work is a search for the threshold of the threshold: between the inside and the outside, the before and after, life and death. The door, the window, the mirror, are among others, the linguistic transits in which the that which was, the mourning, and its elaboration surface. Since a work of art, any work of art, is always about loss and mourning – the that which was – and its creative elaboration in evident presence.

The reflection on the “line of demarcation”, as Donato calls it – a line, which is after all, mobile and elusive – which signals the inside and outside, the threshold between that which was and that which is, between the aorist and the present, occurs primarily through the relationships of black and white upon the rectangular piece of paper. And for the different perceptive gradients that their relations suggest. In this way, the work of boundaries between life and death, before and after, never assumes in these works a symbolic and allusive curve. Fabio Donato’s photography, in its tightness and rigor, has always been a periplus around the figures of an exercise, more than any other perhaps, difficult and enigmatic.

Fabio Donato’s photos are surfaces accented by regular rhythms. The objects ( a lamp, a chair, a balcony, a silver of a landscape, a mirror) don’t have value in themselves, for their perceptive intrusiveness, but for the place they occupy in space, for the weft that succeeds in being woven. Donato’s photography is a transparent construction of language: nothing is left up to improvisation or inspiration. Everything instead, is part of a design that black and white – flashes of white, so sudden like apparitions, or the black that becomes grey or even more black – help to cut into another form.

Donato’s exploration has far-off roots, back to the 1970s. In his photographic work on art and theatre, in his photo report of India, in the project that he, not without reason, entitled “Ambiguity”. In that tension, I would say, to work the language of photography, experimenting with margins and possibilities. I refer, as I have before, to his choice of photographing Helmuth Newton’s photographs, to examine the decisiveness of the critique of similarity or representation.

For Fabio Donato, photography is, in fact, this step that provokes a discontinuity between things and their perceptive habits, that slender line that marks the time of life and the time of death. Photography certainly has to do with time. But not just that which has been, with the aorist, with the Reference. But always, and also, for that step that extends to another time. Photography is, in this way, hovering between the dead time of that which has been and the live time of the work of art. And so, with that which is, with the process of mourning.

Photography was born and the narcissist-men became immortal.
Their vanity was finally satisfied.
What diabolical invention is this, whose product is
always paradoxically straddling the past and future,
without ever residing in the present?
And what does this photographer live while he stops life
transforming it into death?
How thick will that line be, that establishes the boundary between life and death,
before and after, inside and outside, false and true,
subject and object, know and unknown…
But maybe the men photographers produce images
only to exorcise this death which perhaps does not exist. 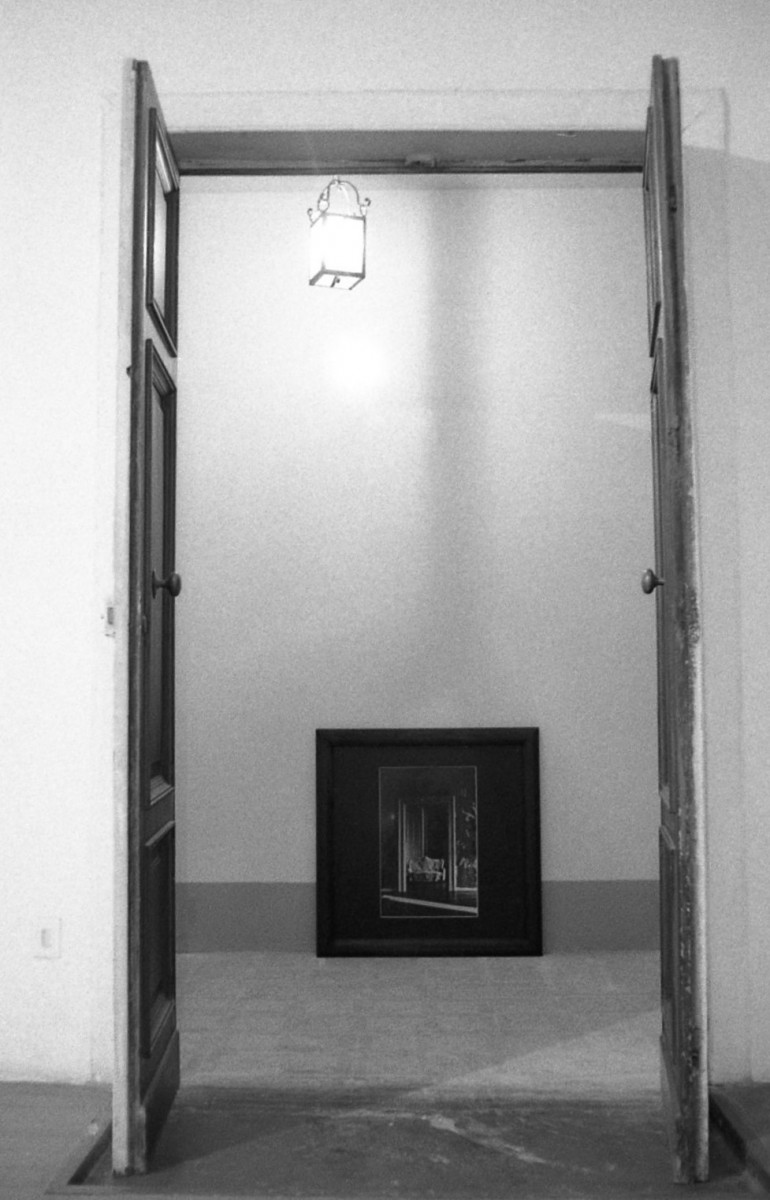 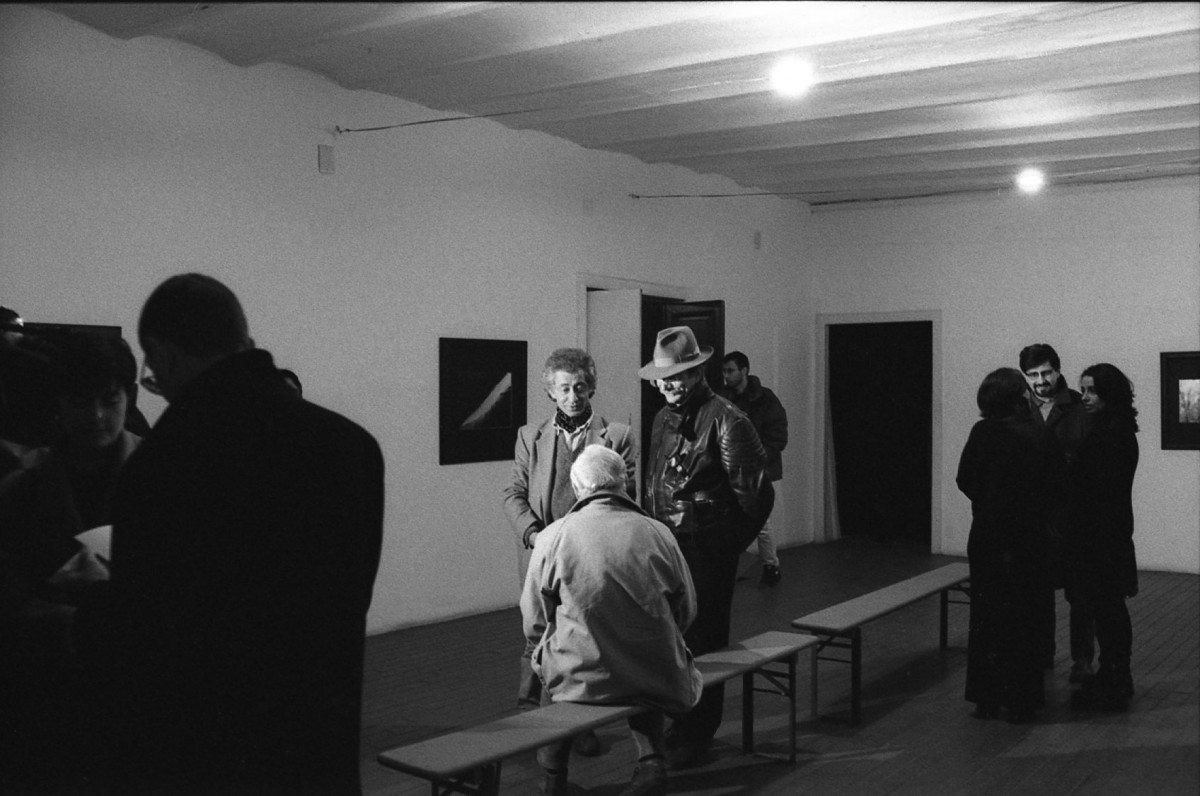