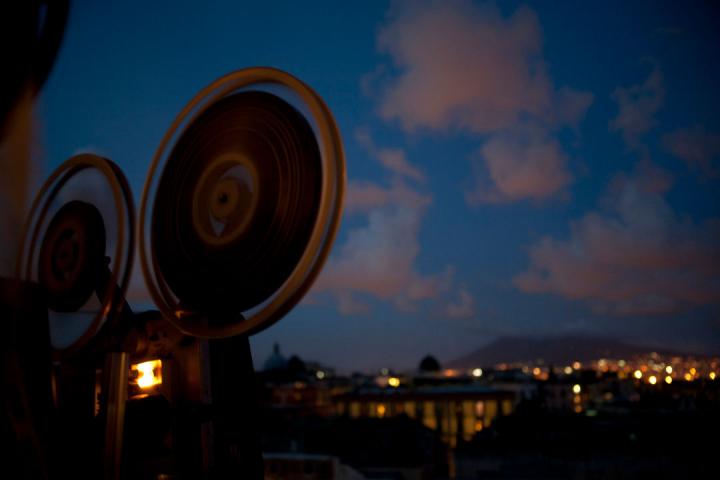 Independent Film Show 20 edition is among the most innovative international reviews of experimental film in Italy, from 2001 coordinated by Raffaella Morra and organised by E-M ARTS associazione culturale, in collaboration with Fondazione Morra.

We’re longing for emotional shocks, we do not want to postpone this meeting between film-makers and users, we want to live intensely these three days of Independent Film Show 20 edition and discover the solutions conceived to unhinge habits with direct and active participation. Without any gender division, the Independent Film Show is free and does not pursue fashions, routine, commercial constraint, requirement of numbers. These artists are skilled communicators of emotions, of sensual affections, of perceptual psychologies and, through the creation of complex audio-visual strategies, they devise mental exercises and investigative attitudes, they intersect memories, sensations, synchronizations and synaesthesias, they guide our understanding towards discovery of unusual cognitive mechanisms. They draw from their experiences, introspections, mental abilities and fragments of life; they ask users to reflect divergently, to interpret these emotions as uncommon interferences, outside of usual patterns. Since Independent Film Show first edition in 2001, we learned how to activate these unusual connections, without follow the intransigence of the categories, the linearity of the narrations, the rigidity of the pre-established functions. Independent Film Show’s attendees are used to activate a deep involvement, which branches out in the mind like Escher’s interconnected geometries, to sensually understand/interpret, to be in tune. The creativity and the inventiveness are the common denominators of this film art, created by simulating the movement of carefully selected images, not using the habitual and the simplifications of automation.

The two programs Exposure to chance and Welcome Happy Coincidences by Raffaella Morra are an incitement to overcome the adversities in order to not succumb, to seize the positive side in the randomness of life and to be able to see happy coincidences. These works are metaphysical paths that investigate the physicality of materials, such as the lava sand and stone in Matteo Fraterno’s ΑΠΟΚΑΤΑΣΤΑΣΙ, the natural phenomena like the wind in the videos Vent by Patrick Bergeron and Flatform’s Nothing can be done against the wind (this year invited to the Cannes Film Festival), and the clouds in Transformation by Telemach Wiesinger, composing mosaics of places and axes of reference in continuous transformation; and even, sharing fragments of life and human behaviours in Kengné Téguia’s Got ‘Til It’s Gone, the multi-ethnic memories of alien territories in Giuseppe Boccassini’s Debris, Julie Murray’s Orchard, Fern Silva’s Tender Feet, Malena Szlam’s Morfología de un Sueño, Colectivo Los Ingrávidos’ Itzcóatl; and once again, to catch the visual-aural haiku by Mahine Rouhi’s PTKHO, Hugo Verlinde’s Bételgeuse, Sandra Davis’ For A Young Filmmaker, Billy Roisz’s brRRMMMWHEee II, and the personal and historical memories in Nach Osten Schauen by Deborah Phillips, and 14 Juillet by Olivier Fouchard, with his words “…in order to wake up the sleepers and to tell them that the revolution is not only a party…”.

Sight of Sound is Mike Cooper’s program; for the past 50 years Mike Cooper has been a guitarist, a folk-blues songwriter, an explorer/experimenter of music genres from improvisation to electronic sound, an author of essays and a historian of the Pacific music and musicians, a visual artist and film/video-maker. Initially, he shot Super 8mm films, but as the medium became more difficult to buy and to get develop, he firstly found a small video-camera that produced a two and a half pixel image, and recently he updated to 10 megapixel Full HD Sanyo camera, as he says “…small enough to be discrete and make hip-shots with”. Mike Cooper realized some short videos that share a degraded lo-fi quality he likes so much, “light poems” as he defines them. “…I tend to wander around with my video-camera in my pocket and just shoot stuff with no particular intention and I edited it after into something”.

Light Cone, a live collection by Emmanuel Lefrant, film-maker and director of this film/video propagator, reflects the diversity of the distribution catalogue, from 1982 to today, and accounts the richness of this cinema that existed for more than a century on the edge of commercial circuits. Within there are represented all the great film movements of twentieth century’s avant-garde together up to the contemporary, counting more than 5500 films, made from 1900 to today by more than 800 artists and film/video-makers from all over the world. In this program there is Tönendes Abc (Abc In Sound) 1933 by Laszlo Moholy-Nagy, missing for over 80 years, and found by BFI curators embedded in a reel of 16mm film that also contained Oskar Fischinger’s Early Experiments In Hand Drawn Sound; and also some films and videos created between 2010-2019: Bea Haut’s Kitchen Beets, Jérôme Cognet & Karen Luong’s Bruit Blanc, Soetkin Verstegen’s Freeze Frame, Kelly Egan’s ATHYRIUM FILIX-FEMINA, Jürgen Reble’s Das Schöpfwerk, Jacques Perconte’s Or / Or, Hawick, Jeremy Moss’ Camera Sick, Rajee Samarasinghe’s The Exile/Pituvahalayā, i Lucie Leszez’s Borgo, Jerome Hiler’s Words of Mercury.

Since 2009, 70FPS is an expanded cinema project by Andrea Saggiomo, in the context of which he improvised and collaborated with musicians and international artists including Andy Guhl and Seppo Renvall, Riojim, Gaelle Rouard, Cogne et Foutre, Botborg and others. Ancora no! (2018) is a super 8mm film on which he printed by hand (with rayogram technique) insects and leaves together with other film clippings. The film does not present a linear continuity of frames; when projected (at variable speed) these images come to life, they enter in relation to each other, they produce noise, transforming themselves into a film through the gaze. There is no movie before someone projects it and someone else looks at it and listens to it. Transparent Nature (just finished and premiered at IFS20) is described as “…transparent nature of the film material being hard tested by the will to look inside memories, deep inside the primordial broth from which everything originated and within which, like it or not, we are still immersed”.

Big Screen Brutals by Botborg is a celebration of six ‘brutal’ videos from current artists using a maximalist aesthetic in video art, digital art, electronic music, and noise. Expect glitchy, psychedelic, violent, and quite beautiful combinations sound and vision. These are electro-shamanic short circuits that lead to a new state of surreality: in Der Kleine Kreis’ Clairvoyant the reduced quasi-geometric forms move over the screen in aleatoric patterns and form a synesthetic connection with the sound, UCNV’s Crashed Universal is made with a precise research of the way of digital media, in Krushers of False Mechaniks (2D version) by The Superusers a light source becomes incandescent, change colors regularly before transforming into an intense explosion of wild collapsing patterns, Guillaume Vallée’s Tzara I is a hybrid film/video created from an obscure 16mm found footage documentary, inspired by Tristan Tzara’s creative process, in Anulus Pexie by Norihiro Sekitani & Sgure the colorful the collages are distorted examination of elements of the human body, Kokofreakbean said that to produce God Knox: “… I used After Effects, Maya, Photoshop, Reaktor, Premiere, jenkem, dwarf callus shavings and elbow grease to conceive and carry out this self-insemination”.

Botborg is an international audio-visual performance group that fuses and rewires raw electronic signals to create intensely visceral experiences of sound-color synaesthesia. Using a complex array of custom electronics, Botborg create totally live multi-sensory assaults of interdependent color and rhythm, pushing the limits of technology to invoke the maximum possible stimulation of their audience’s mind and body. Botborg’s performances are essentially practical demonstrations of their ‘meta-instrument’ known as the ‘Photosonicneurokineasthograph’. This is a complex feedback machine incorporating an entangled mix of new and old technologies that are altered and customized to the unique features of every venue. Although the human operators of Botborg are skilled manipulators of the system, it is equally unpredictable and uncontrollable, allowing Botborg to look and sound vastly different on every occasion. All demonstrations are completely improvised, and no source material is used outside the Photosonicneurokineasthograph. 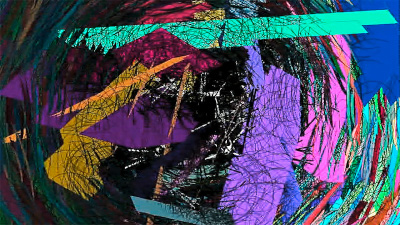 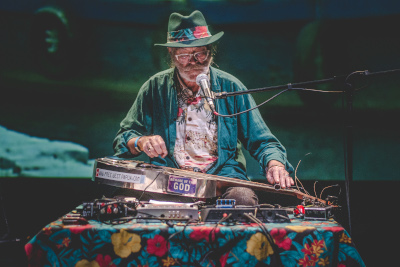 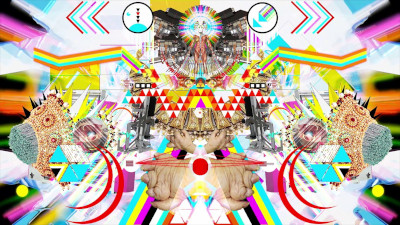 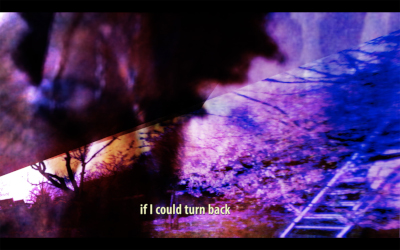