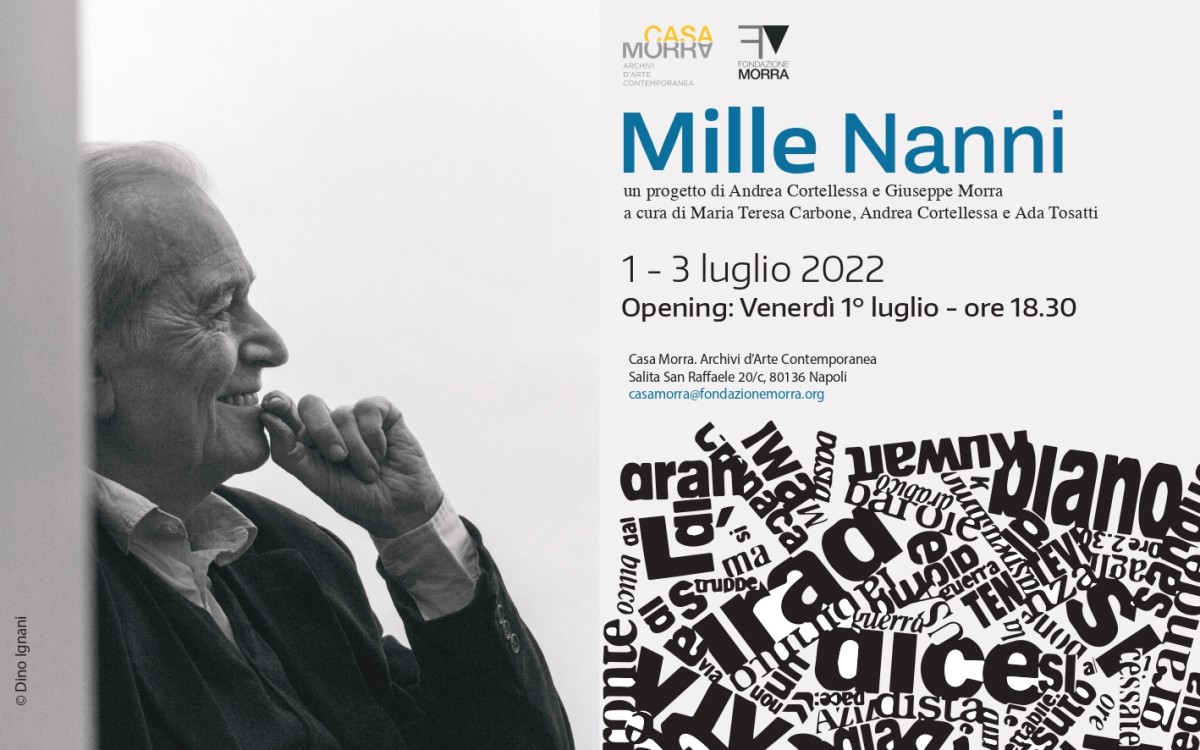 Ma noi facciamone un’altra is the title of the second book of poetry by Nanni Balestrini (1935-2019), published in the iconic 1968. The title is a citation from one of Nanni’s main sources of inspiration, Bertolt Brecht. However, it also evokes Balestrini’s mercurial ability to move from one of the thousand facets of his polymorphous personality to another as artist, writer, political activist, and organizer of cultural events. Peppe Morra has dedicated one of the permanent exhibition spaces in Casa Morra to Balestrini, his friend, frequent guest, and accomplice and has established a memorial day dedicated to him in early July (2 July, Nanni’s birthday). The event will involve longstanding travelling companions and younger friends and collaborators whose tributes will take the form of poetic and musical performances, readings, interpretations, in-depth interdisciplinary discussions, and specialist seminars.

There really are a thousand ‘best’ Nannis in our lives, as Mille piani, published in 1980, shows. It was the summa of the works of Gilles Deleuze, the man whom Balestrini considered the greatest thinker of his time, as well as those of controversial psychoanalyst Félix Guattari, his friend and companion during his exile in France between 1979 and 1984 in the wake of a judicial hypothesis subsequently proved unfounded.In Balestrini we find the writer, pioneer in the 1960s of cybernetics-based combinatorial writing; there is also the visual artist who, decades later, would apply the same technique to images with his masterpiece Tristanoil, “the longest film in the world”. After showing at DOCUMENTA in 2012, it is now on permanent display at the Fondazione Morra. Then there is the narrator of Violenza illustrata, outlining the evils plaguing Italy in the seventies, as well as recounting our own times. We also have Nanni the cultural organizer, tireless inventor of movements, magazines, festivals, and editorial series. In addition, there is Balestrini the political activist who, from his Vogliamo tutto, painted an unflinching picture of our times.

Presentation of the Sonora project of the University of Naples «Federico II» with the participation of Giancarlo Alfano, Giuseppe Andrea Liberti, Valentina Panarella, and Stefania Zuliani.

Greetings and thanks by Rossana Campo. 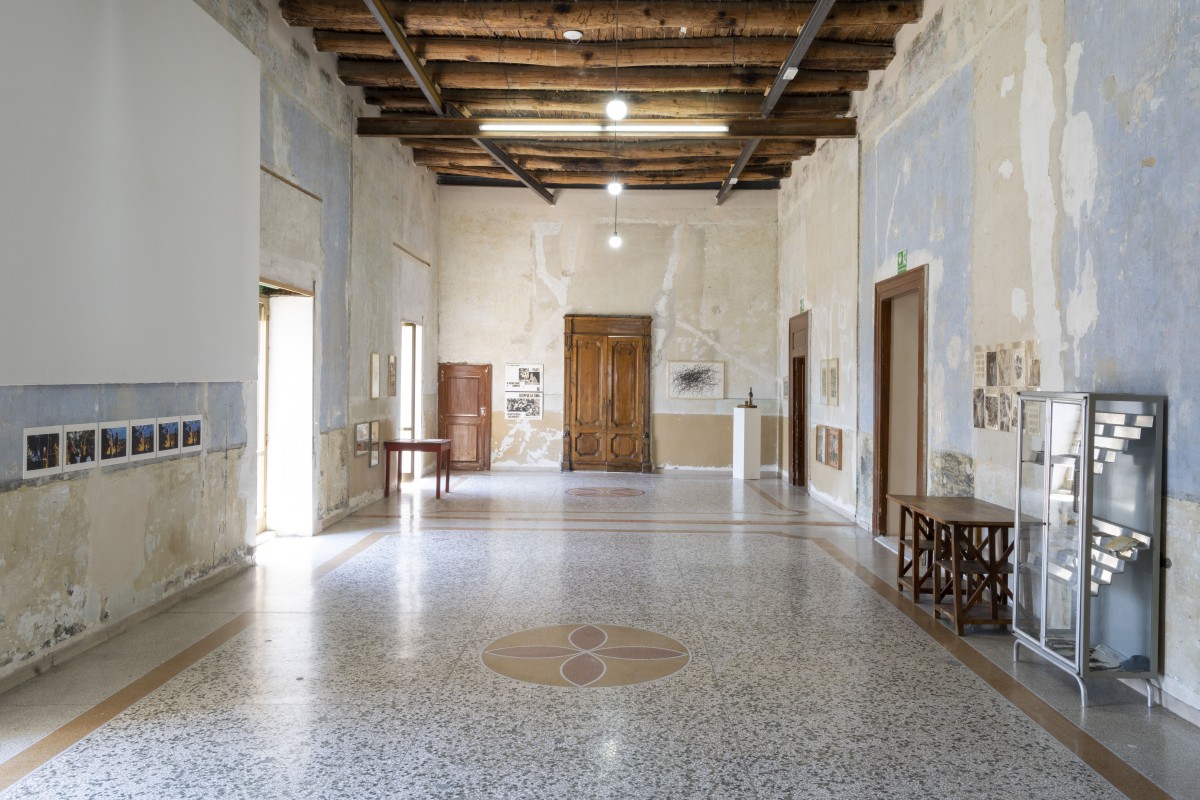 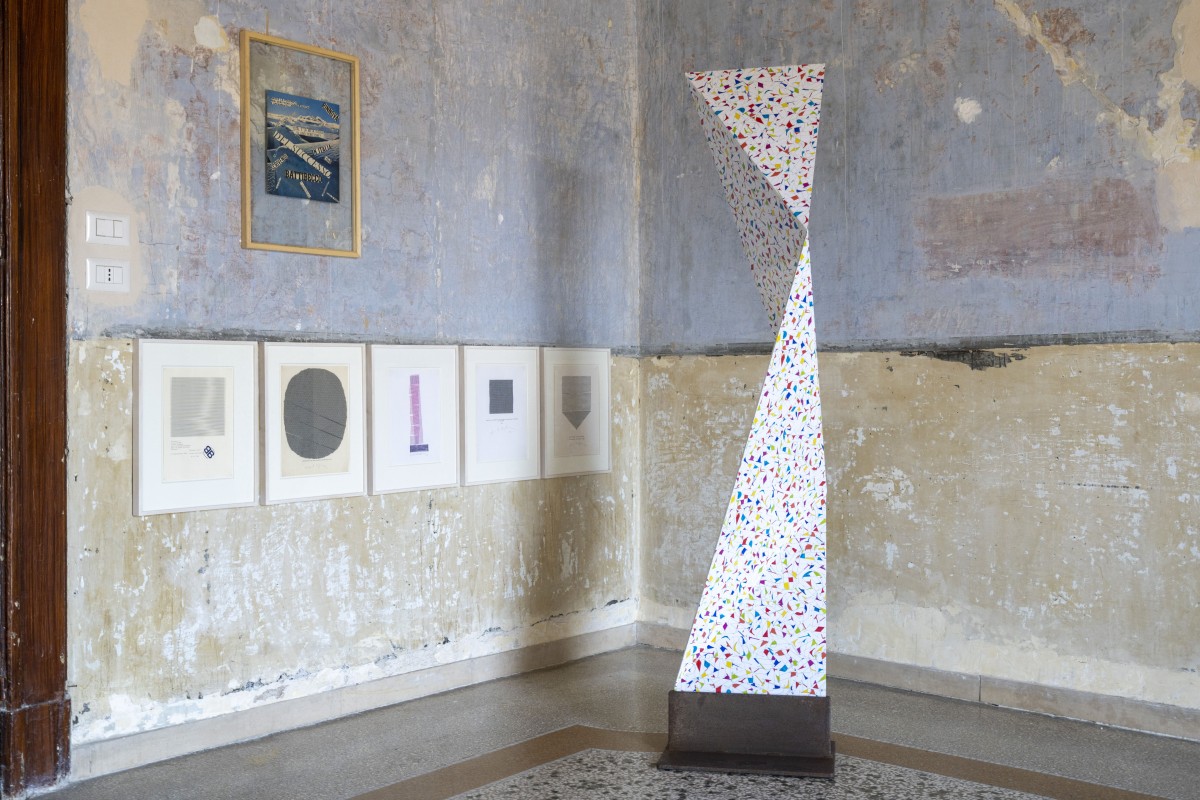 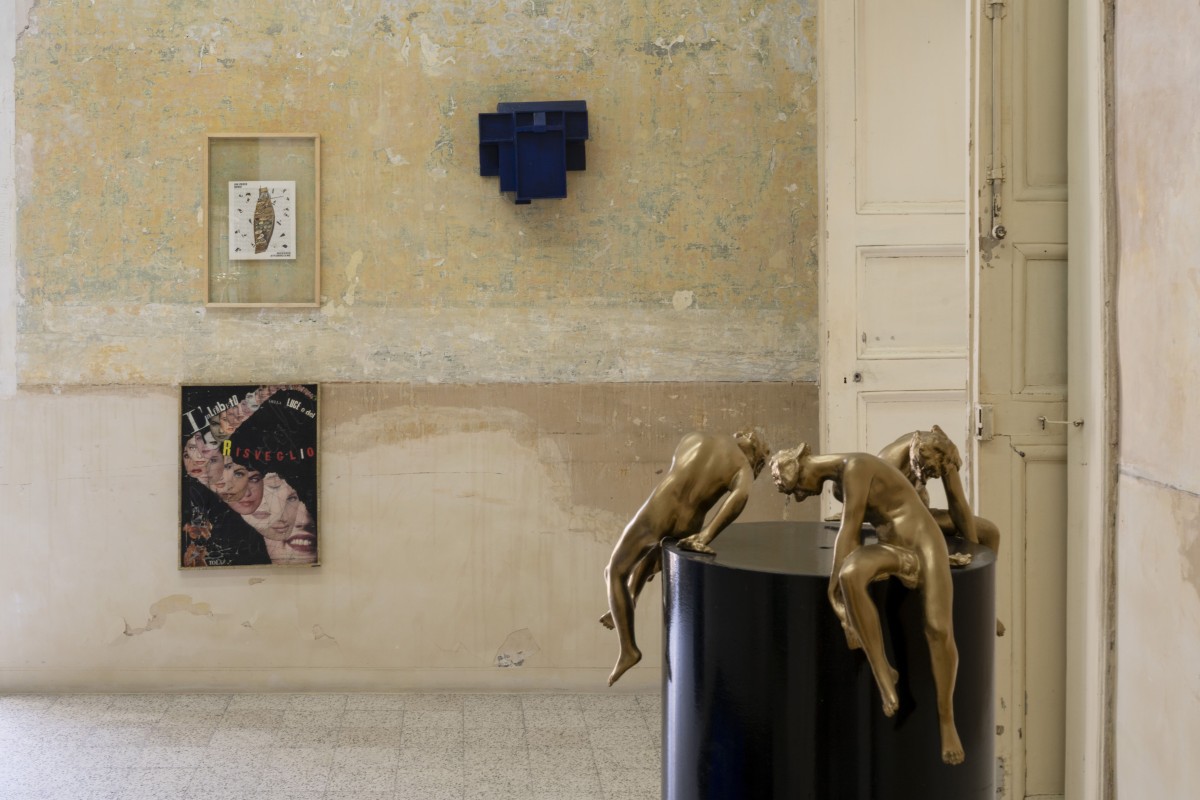