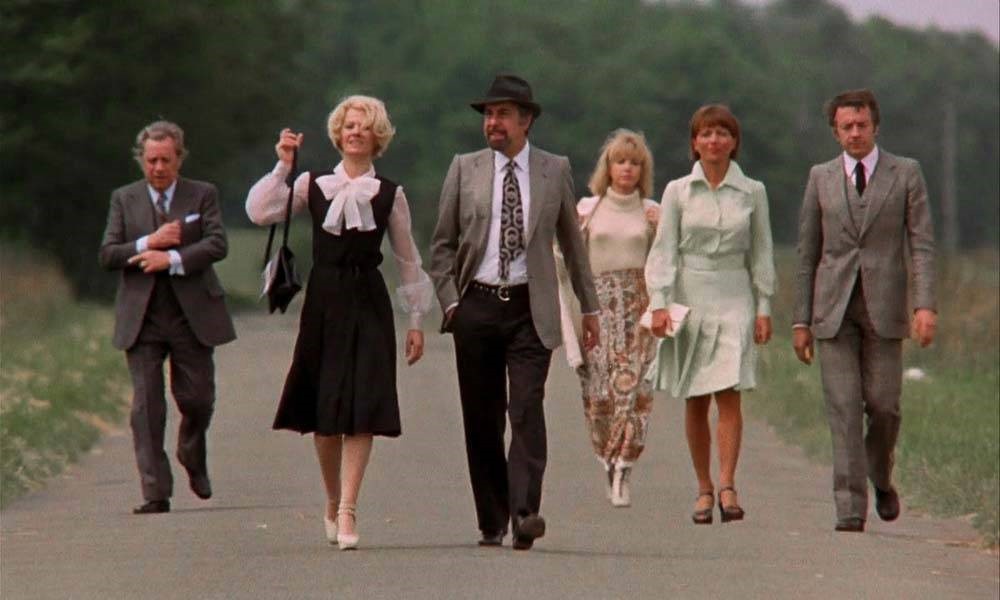 The Spanish master, nearing the end of his long career, makes a film in France that maintains the freshness of his early works. Apparently without a plot, it reproposes as in a loop the same scene: the protagonists, a handful of lustrous and refined snobs. Three men and three women, each with a prominent place in the social scale: the ambassador Fernando Ray, the rich businessman and his beautiful wife, the young “upstart” with a particular penchant for cocktails extra-strong! They meet around a table, but after the aperitifs and the first mouthful of foi grais they are interrupted and postponed to the next appointment, leaving the scene in escapes sometimes daring, sometimes sly, but all ridiculous. A fierce criticism of the bourgeoisie, in the Oscar-winning masterpiece 1972.

Luis Buñuel
Active from the 1920s to 1977, Buñuel, from his surrealist beginnings in France, revolutionized the language of film, imposing himself as a tireless scourge of human hypocrisies, which he addressed with a lucid, fiercely ironic and never conventional gaze. Reviewing and rethinking his films means going through the entire culture of the 20th century: literature and figurative arts, modernism and avant-garde, psychoanalysis and surrealism, critical thought and protests.