The Independent Film Show focuses on imaginative renewal states that increase the watching ability: a physical and mental activity fundamental to decode the subtle lines that uphold the unity of the world. Annually takes shape a familiar club for film-lovers where meet the most progressive and unexpected artistic expressions, contrary to the expensive ideological gaps of the big festivals and against the unmotivated advances of mass culture. The Independent Film Show is a cultural propeller, engaged not to dominant profit but in favour of a mentality aware of the limits to detect those phenomena today only perceptible beyond the human visible and audible. The territory of the experimental cinema is full of misconceptions and generalizations and in particular the barricades of exclusion and the strict rules avoid to reveal and analyse the perceptual connections and the unexpected solutions inherent in these independent works. The exclusion of the forced passive spectator (typical in standardized vision) highlights and emphasizes a direct communication able to cause an intense vibration for generating reflection and progress. An alternative immersion gives the opportunity to socialize and discuss with the film/video-makers, taking an additional step towards the new space of intuition.

Reading carefully this 14th edition, the return of friends that in the various editions have already shown the exceptional nature of their filmic works emphasizes how close is the relation between the film/video-makers involved in the Independent Film Show. The only restriction is to participate with films/video rarely or never shown in Italy and to create performative strategies that surround the participants, infusing new configurations in an unforgettable sensual experience.

The program Cornerstone selected by Gaëlle Rouard, as indicated in the title, is a splendid overview in the history of experimental cinema, with a common denominator: any semblance of cinematic storytelling is littered in a thousand splinters and returned in a unique communication form, using the most unforeseeable manipulations and filmic methodologies. In Outer Space by Peter Tscherkassky, the constant layering of images exposes the viewer to a complex vision’s activity and explores the limits of physical and intellectual mechanisms; Spacy by Takashi Ito is made with 700 photos re-photographed frame by frame according to strict rules of motion in the physical space, with the intent to lead in confusion the watching act. For William Moritz “…the most unique thing that cinema could do is present a visual spectacle comparable to auditory music, with fluid, dynamic imagery rhythmically paced by editing, dissolving, superimposition, segmented screen, contrasts of positive and negative, color ambiance and other cinematic devices”; Lapis by James Whitney, a classic in Absolute Film which he defined “a space-time mandala”, is related to the neural activity of visual and auditory system realizing a wonderful synesthetic example; in Déjeuner du matin by Patrick Bokanowski his optical experiments with light, reflection and refraction transform the everyday images into fluids and deformable objects of art, employing the film material as a traditional pictorial canvas; for Stadt in flammen by the collective SCHMELZDAHIN the found footage film Ville en flamme is subjected to biological degradation by microbes and bacteria, nearly liquefying, to promote a dissolution of images and show the material vacuity to the process of time.

For the second time, with a new filmic configuration and the last film in world premiere, Juke Film Boxe by Gaëlle Rouard is a fantastic opportunity to participate in the direct intervention on the filmic projection; a continuous flow that involves in a whole the film-maker, the projectors, the environment and the spectators. A narrative pretext is the thin substrate for a cosmic journey in the film art; the frames, expertly hand-processed through colored filters, mirrors and prisms, create an overlapping world, accompanied by a strong feeling of the unknown that can possibly lead to new scenarios and meanings.

The program Intuition spaces selected by Emmanuel Lefrant and Raffaella Morra focuses on the development process of substances in perpetual metamorphosis. Little Girl by Bruce Baillie records distilled moments of natural beauty in a perfectly simple lyrical portrait without any additions or cuts; Distorted Movi Sion by Yo Ota reflects on the structure of the cinematic vision as type of visual experience and visible knowledge; an adventure of the mind in The Or Cloud by Fred Worden and a metaphysical journey realized through personal mental scenarios in Into Daylight by SJ. Ramir; Another Void by Paul Clipson is the result of a continue practice with Super 8mm film to produce a description of the world through gesture and repetition; in Photuris by Peter Miller the fireflies movement is recorded on film, forming abstract swirls of light.

From Nominoë collective (Nicolas Berthelot, Alexis Constantin, Emmanuel Lefrant, Stéphane Courcy di Rosa) the two expanded cinema performances Atomic Light (at first world vision) and Cortex (with the dancer Stéphane Mensah) connect the materiality of film support and the projective diffusion to an unconventional temporal and spatial fruition. Nominoë cinema strays from the usual modes of film production with emphasis on collective improvisation of a visual and sound situation.

Screen Compositions is an a yearly screening event that takes place since 2005 at Experimental Intermedia, NYC, founded and curated by Katherine Liberovskaya. It is dedicated to intersections of moving image with sonic art in the form of screen works representing dynamic two-way collaborations between video/film artists and sound/music artists with no live or performance component. The selection for the Independent Film Show focuses on the manipulation of analog signal and explores the qualities and possibilities offered by technological apparatus. Decay Hatching by LoVid (Tali Hinkis and Kyle Lapidus) highlights the fragility of the technology; 33 by E.S.P. TV (Victoria Keddie and Scott Kiernan) documents the ephemeral artistic practices; in Light Field II Richard Garet draws attention to the processes of perception and cognition by activating sensory, physical, and psychological phenomena reflecting on the nature and experience of time; Frogfields by Katherine Liberovskaya is an exploration of the video voltage controlled by audio elaborated by a synthesizer.

Two performative moments with Katherine Liberovskaya and Phill Niblock: in the first live set Niblock mixes between audio pieces based on diverse field recordings which are very different from his music compositions and Liberovskaya mixes video from a vast personal database of clips shot over the past fifteen years.

The second event is an intense performance by Phill Niblock, minimalist composer and film-maker whose Intermedia Art actively contributed to transform the way to perceive the sounds and the flowing of time. His sound compositions are thick loud drones of music filled with microtones of instrumental timbres which generate many other tones in the performance space. The spectator is immersed in this environment up to lose the perception of the passing of time. His filmic pieces, far from a documental development, show the rituals of daily work, often hand-made and continuously. The thick correspondences between sounds and images act in a slow flow, evoking antagonistic feelings of movement and immobility, and with a proper preparation leads to a state of trance where the free associations live. 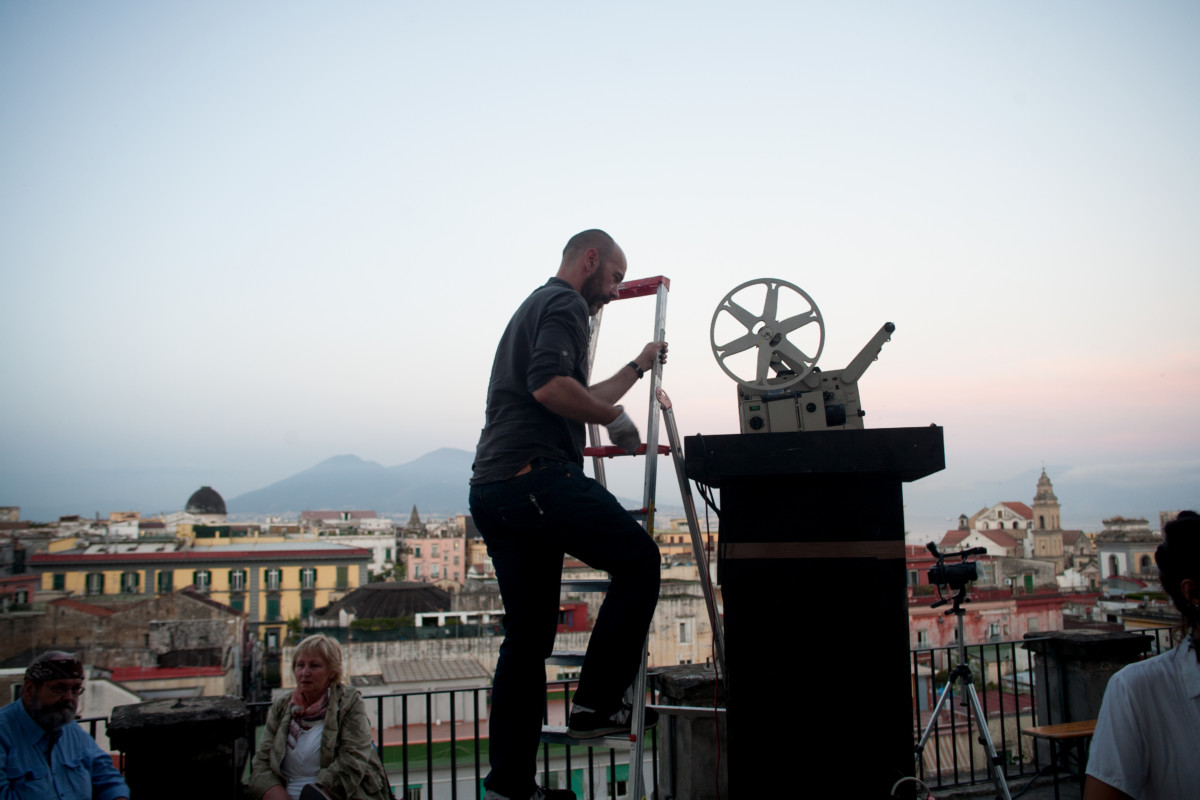 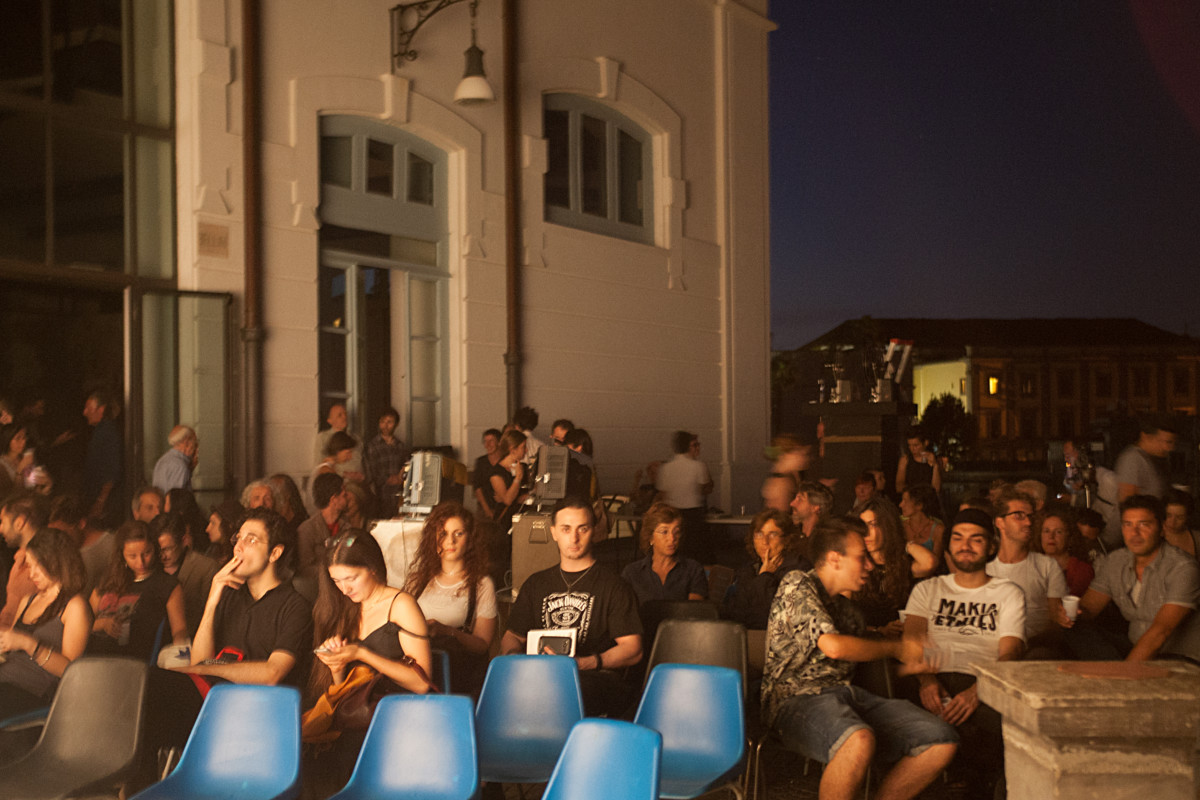 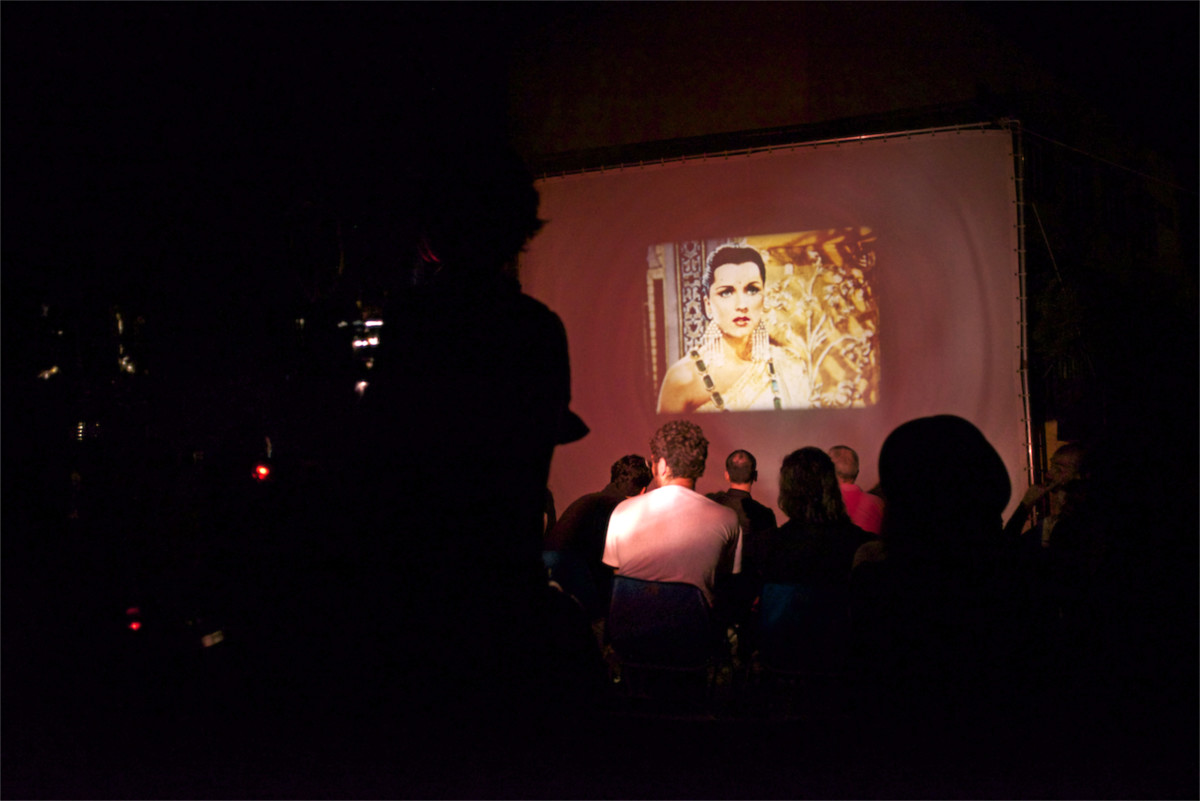 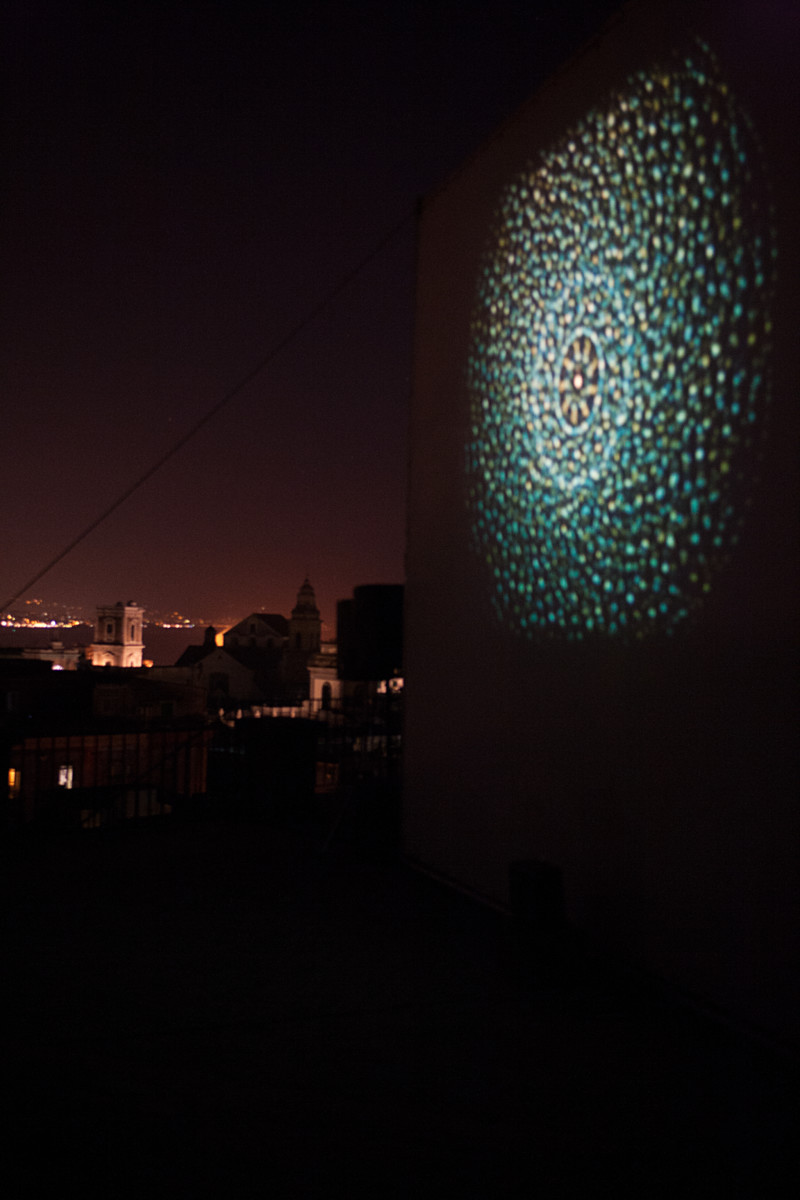 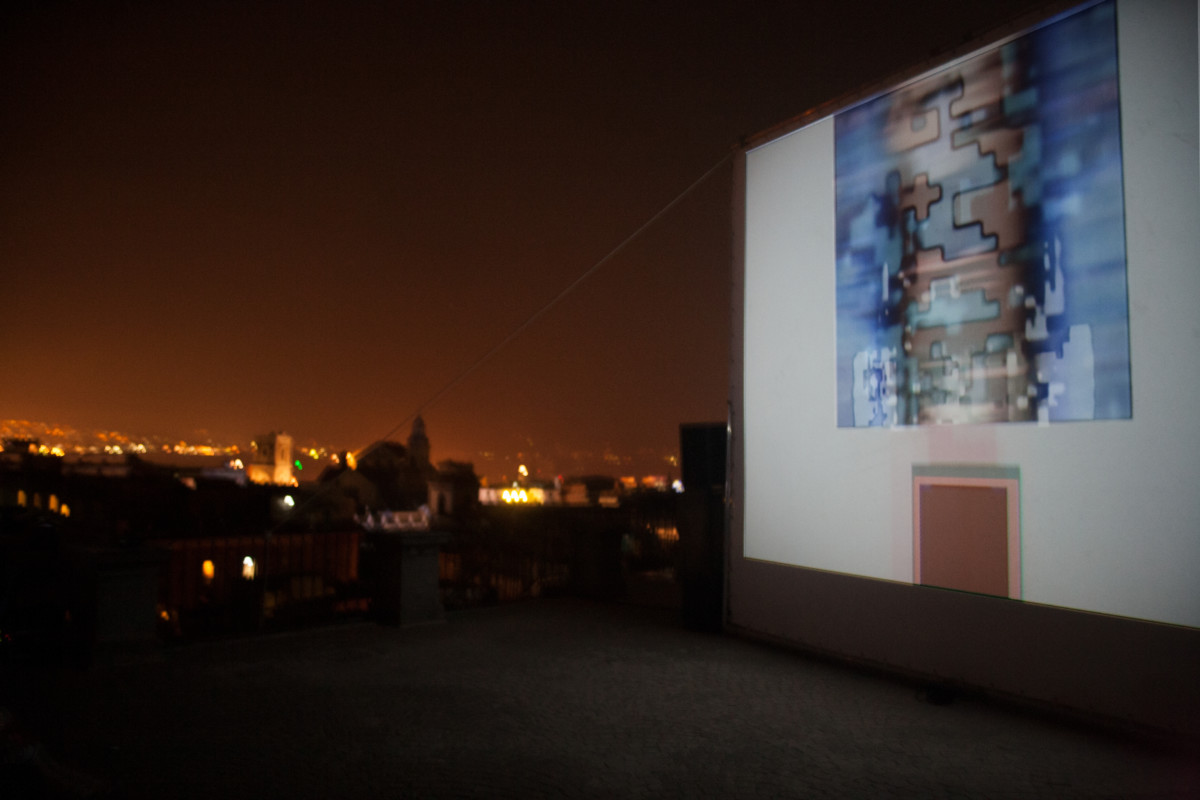 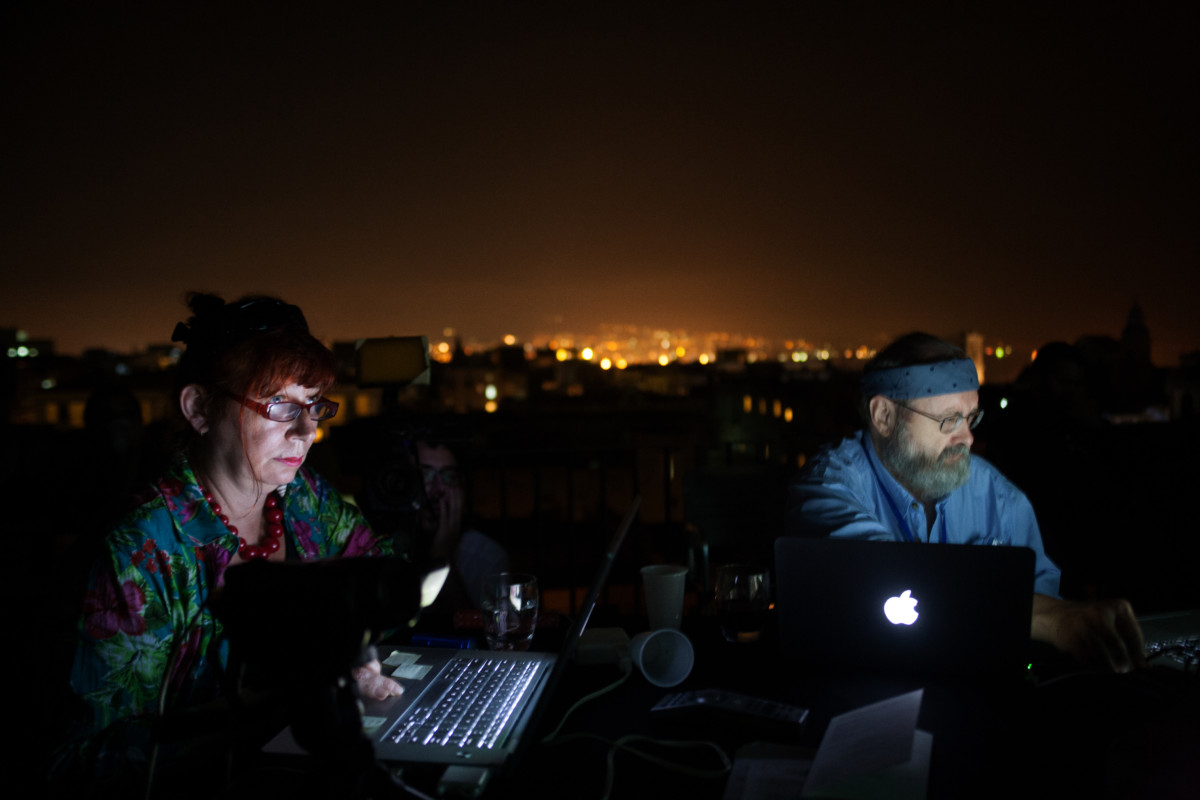 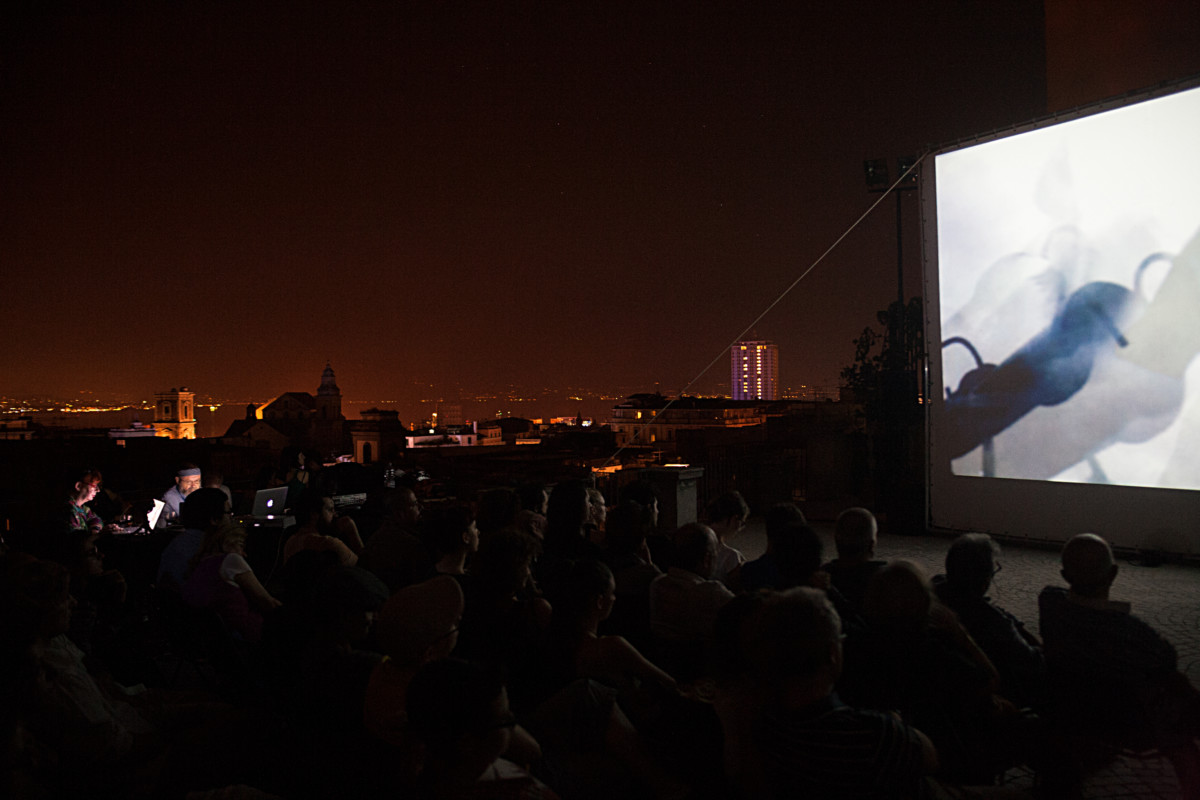