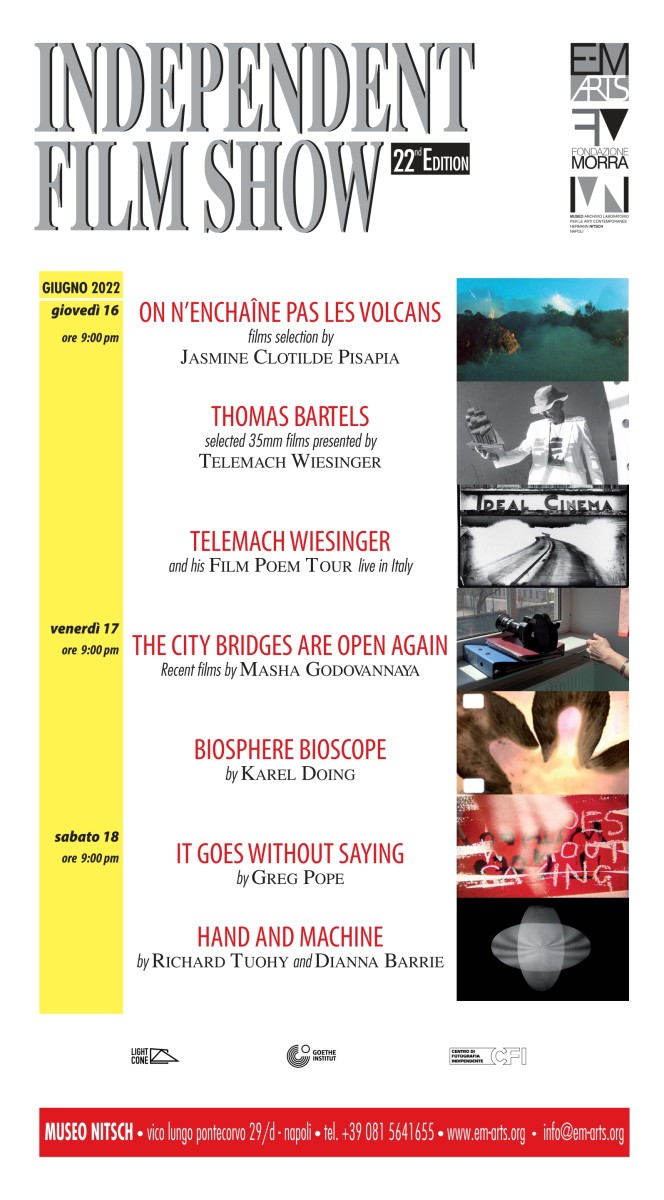 Independent Film Show 22 edition is among the most innovative international reviews of experimental film, from 2001 coordinated by Raffaella Morra and organised by E-M ARTS and Fondazione Morra, in collaboration with Goethe-Institut Neapel. This Independent Film Show 22 edition is enriched with an immersive and educational section by planning the lesson Photographic darkroom works by Telemach Wiesinger (Museo Hermann Nitsch on the 16.06 at 6:30pm) and in collaboration with Centro di Fotografia Indipendente the workshops Phytography by Karel Doing (Vigna San Martino on the 17.06 at 11:00am) and Neither Black nor White: simple tinting and toning in 16mm by Richard Tuohy and Dianna Barrie (Centro di Fotografia Indipendente on the 19.06 at 10:30am).

The ‘here-and-now’ of the Independent Film Show testifies the fulfillment of a passion – the investigation of the experimental film, and the sharing of the resulting observations. Beyond the specific systems and conventions, this art form is autonomous – each filmmaker employs his/her own creative genius experimenting methods and skills often handcrafted – and grants an unusual perceptive experience: the immersion in the frame’s substance through an encounter between participant and filmmaker, including the projector machines as irreplaceable tools. The celluloid substrate is not simply the vector of photographic images but a territory of imagination and innovation.

Independent Film Show emerges as revealing refuge for cinephiles, where a love for experimental film and pushing audio-visual experiences are shared and a mutual relationship is established. It is not only watching films and videos, but it is also inherently a way to talk and then spread the discourses. The certainty of multiple alternative visions resurfaces in these new contexts, resistant to capitalist consumption and in search of a revisiting of society, maybe starting to understand diversity as encounter with another organism.

In her essay «On n’enchaîne pas les volcans» (One does not chain down volcanoes), poet and essayist Annie Le Brun invokes the Marquis de Sade’s fascination for volcanoes as a crucial philosophical motif. “Never before,” she tells us, “had the feeling of catastrophe been so splendidly formulated, including in its erotic implications, through this grandiose polarity: between desire and the forces of nature.” Volcanoes do not appear merely as images or ideas. Their forms emerge from the movements of matter and the depths of the imagination. Indeed, one of Sade’s characters – the famous chemist Almani – paused in admiration before the breast of Etna as it expelled its flames: “I desired to be this famous volcano.” If volcanoes are possessed by burning telluric energy, they also possess bodies and minds. They provide scabrous explosions, scatological resonances – their calamity is scandalous. The films in this program explore multiple facets of these terrifying, sensual eruptions. At times, the camera captures the spectacular event. At other moments, images quiver with the tension of anticipation, devotion, latency, silence, and the risk of annihilation. What are these images’ relationships to the sensible world? What has the reality of contemporary crises robbed from our imaginative potential, from our capacity to invent distorted perspectives?

Thomas Bartels is a German artist and film maker. His works often involve vivid mechanics and craft. His 35mm analogue films are created at his own trick table and film laboratory.

Telemach Wiesinger presents three films by his fellow artist, including a surprise from their collaboration.

Thomas Bartels combines two commonly separate forms of artistic expression: film and sculpture. Kinetic objects become actors in his films and films are part of his sculptures. Yes, the objects themselves become cinematic in their constant movements, with their changes in shadow and light: they are ‘cinematographic sculptures’. The mysterious poetry of its mechanics and the clearly composed structures of light and shadow become a thoroughly self-deprecating image of the passing time, a reflection of our own memories and possibilities (Anne Mueller von der Haegen).

TELEMACH WIESINGER and his FILM POEM TOUR live in Italy

Telemach Wiesinger is a narrator. Film camera and image projectors are his tools. His film works are at once visual poems, travelogues and anthropological studies. The images of his associative and rhythmically edited sequences, collected on 16mm film, create a fascinating kaleidoscope of Europe.

With his equipment consisting of different projectors, Telemach Wiesinger offers a live performance full of surprises, characterised by a joy of experimentation. Instead of the anonymous, always the same reproduction of a picture-sound preserved, the Cinema Expanded performances create a lively encounter between artist and audience – including words during the reel change. With his FILM POEM TOUR, Telemach Wiesinger is on the road at international film festivals, in art museums or galleries and even at special ‘outdoor’ locations as well as in excellent art house cinemas. Always new and always different: Manege frei für Illusionen! Clear the ring for Illusions! Campo libero alle Illusioni!

In Masha Godovannaya’s experimental films, intimacy is associated with an activist fervour, while a well-targeted irony at the level of editing and gesture nevertheless affords space to an uncompromising empathy with the small and vulnerable. Masha’s overwhelmingly personal view highlights the structural and political place of sensuous imagery and reveals the absurdity and machismo in the self-representation of political ideologies. Her feminist, queer and decolonial methodology is not just an idea that permeates the filmmaker’s work, but a method that forms the basis for editing heterogeneous materials, from film fragments and found video footage to her own material and the films of other filmmakers that have been reinterpreted through editing. Defragmentation, layering, interspersing and analytically separating images as well as collective collaborative laboring with other artists comprises a queer strategy where “decolonising vision means changing the entire order of things”. This approach to cinema is intertwined with the practice of living and is open to collectivity and transformation (Katerina Beloglazova).

The technological inventions that have enabled cinema go by a number of inventive names such as Fantascope, Mimoscope, Omniscope and Tachyscope. These devices are now relegated to museums and private collection including the portable viewing device called Bioscope. The term bioscope has survived as a name for the movie theatre, a place where life is recreated in front of the eyes of an enchanted audience. This new way of ‘seeing life’ is a very human affair, intricately related to the growth of cities, transportation, and mechanization. In the present, the infamous era of climate emergency and species extinction, the term bioscope appears increasingly sinister. Where is actually the aliveness that this venue should present? Is it even possible to present life by means of technology? This programme engages with aspects of life that are rarely presented as meaningful in the context of cinema: plants, mushrooms, microbes, and algae. Beyond these impactful and often overlooked creatures a number of better-known animals also appear on screen as creators of a strange form of music. Ideally, such a focus beyond the human revitalizes the human participants in this great tragedy as well, bringing people together to more fully appreciate their inclusion in the biosphere.

IT GOES WITHOUT SAYING by GREG POPE

It Goes Without Saying is a film/sound/performance piece based on a text/poem of the same title. Images in color and black+white are super-imposed from two 16mm projectors.

…I always felt it was incredibly exciting and profitable to look back in order to move forward. From the very beginning of my interest in moving image, I was immersed in the work of early pioneers, especially Méliès and his contemporaries – who seemed to find a natural link (which I also believe in) between film and alchemy, the occult, magic, hallucination and trickery. I also started to look further into pre-cinematic technologies, the magic lantern methods of creating movement and also Javanese shadow puppets, which were integrated into much of my work with Loophole Cinema in the 1990s – and still form a cornerstone of what I create now. In the blind rush into a digital utopia, there is still an amazing amount of unexplored territory left behind, and this is the landscape where I like to wander and wonder (Greg Pope).

Cinema was the first inescapably mechanical art. But in this post-mechanical age, the traditional apparatus of cinema has all too rapidly been deemed obsolete and primitive. Yet the handing over of industrial machinery to anti-industrial users represents one of the prime creative opportunities for re-appraising and re-interpreting the nature of ourselves as transformed by the age of machines. Post mechanical age, the humanness of the machine can be made evident. Post mechanical age, machine craft is the new hand craft. This program presents five recent film works from Australian DIY cine experimentalists Richard Tuohy and Dianna Barrie exploring the primitive apparatus of cinema and the relation between hand and machine.

The information on the films, the videos and the expanded cinema performances are available on www.em-arts.org 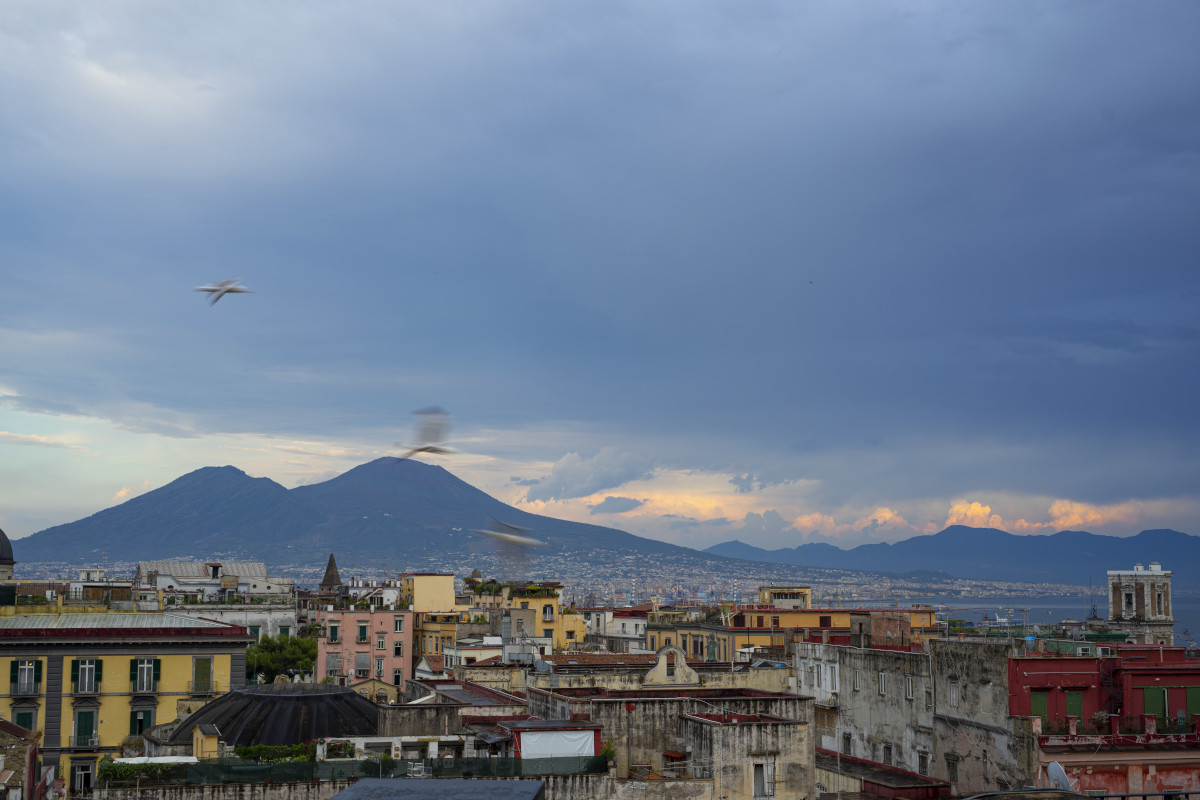 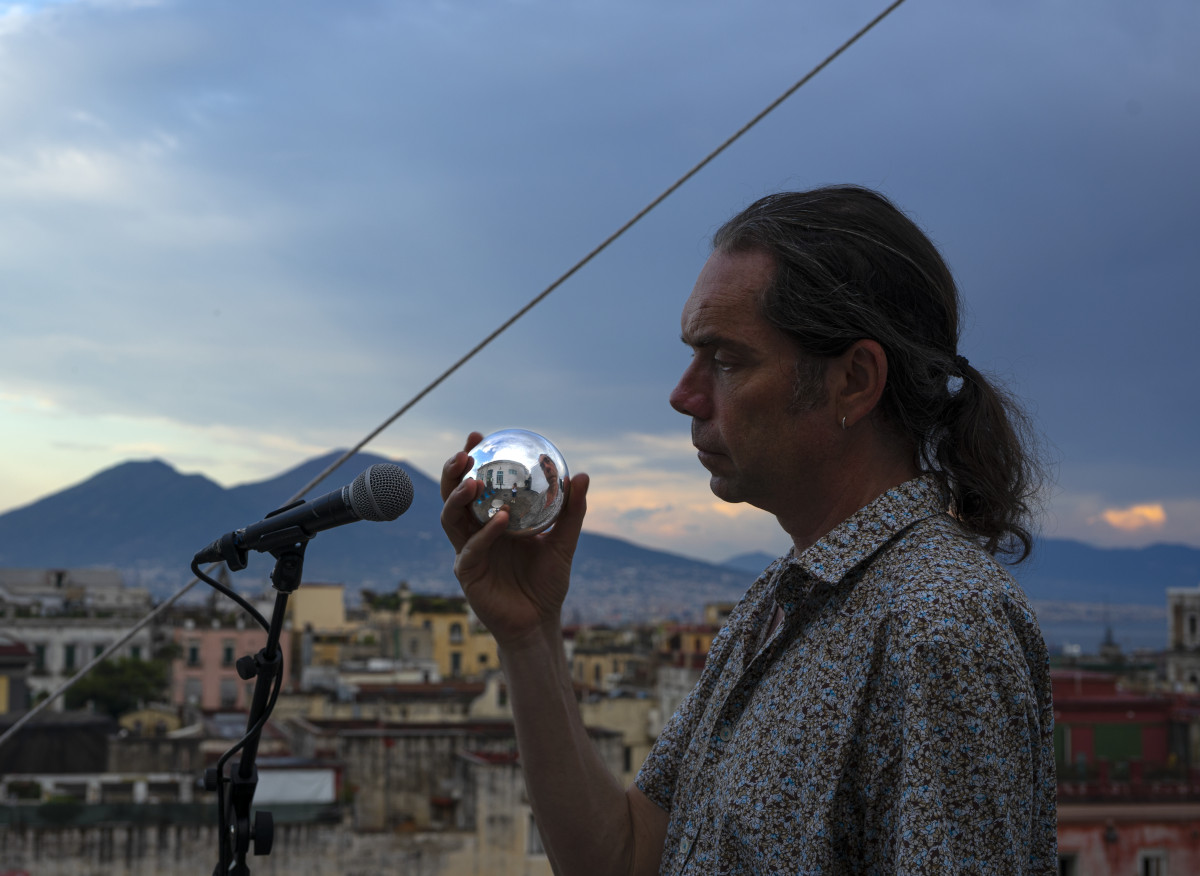 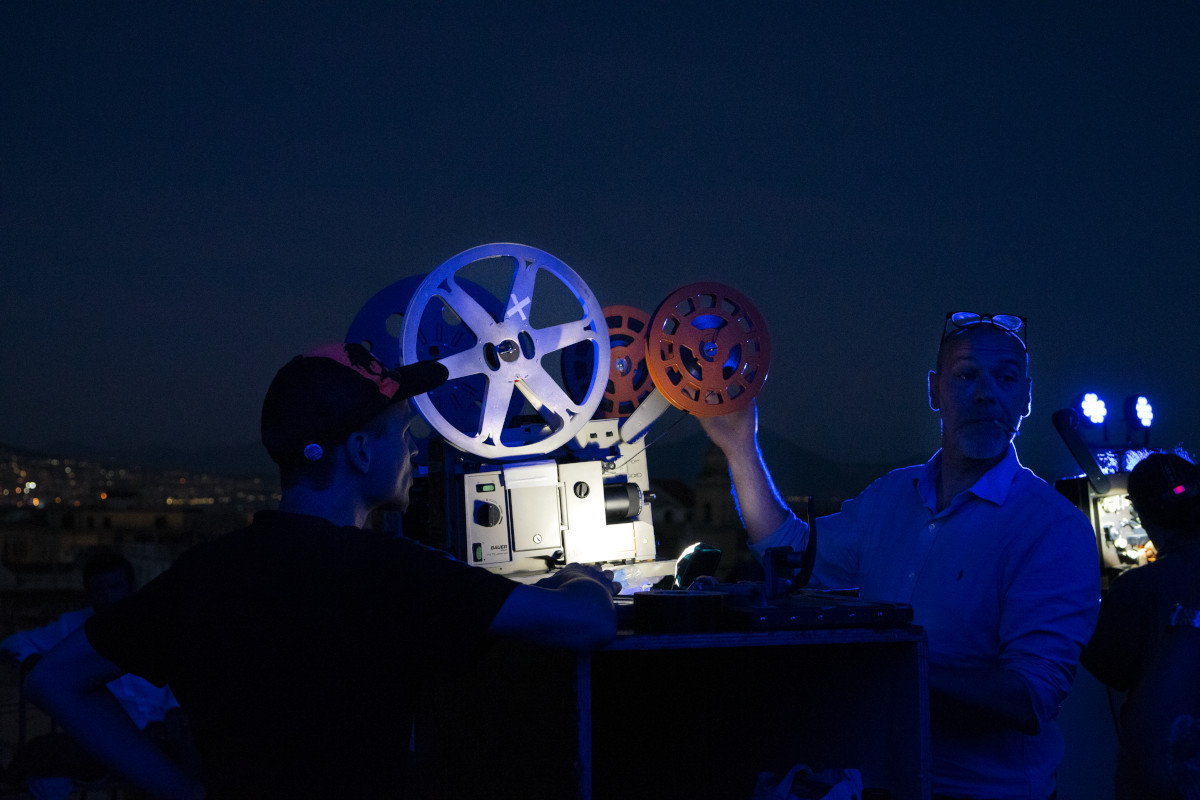