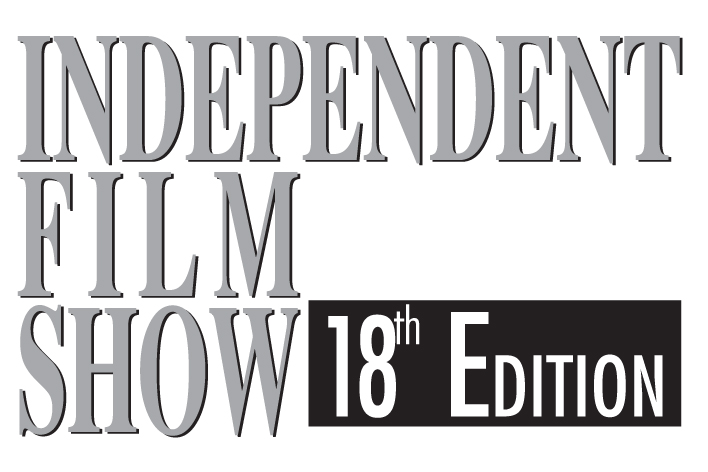 Independent Film Show 18th edition, an international show dedicated to experimental film, coordinated by Raffaella Morra, organised by E-M ARTS associazione culturale, increases the sensorial experiences of its guests who for three days can participate at 16mm films screening (many are Italian premiere), at a concert by Bernhard Schreiner, and the expanded cinema performances by Jeanne Liotta, Canecapovolto, Bea Haut, and Helga Fanderl starting June Thursday 21st at the Vigna San Martino, Friday 22nd and Saturday 23rd 2018 at the Museo Nitsch.

From June 22nd to July 6th Jeanne Liotta’s video-installation In This Immense Space Hidden Things Appear Before Us and works on paper are shown at Museo Nitsch’s roof room (in collaboration with Microscope Gallery New York).

On 21st June, summer solstice offers the chance to perform the first program at the precious Vigna San Martino and grants a selected audience to participate, only on invitation, to long projection night and live expanded cinema performances until sunrise.

Jeanne Liotta intersects art, science and natural philosophy in a comprehensive science project, following Ralph Waldo Emerson’s theories: projected and modified by the artist, Affect Theory (2013), composed of two films in planetary and satellite position, and Path of Totality, realized after the total solar eclipse of August 2017, transport us within a celestial alignment.

Shaped on a philosophical confraternity model in Catania on 1992, Canecapovolto experiments with the “cognitive dissonance”, circuit bending and radio drama, collages on paper… its identity and its message is found among the grey areas between hearing and vision: the HD video Nembutal (2015) is prelude to NAGNAGNAG performance which uses the circuit bending, or the modification of musical circuits, children toys, etc. and the short-circuit as expressive procedure to suggest chaos! Music and noise suddenly become categories with unstable boundaries. It is a point of no return. Circuit bending is to Music as Found footage is to Cinema.

Free your perceptions curated by Raffaella Morra, is a mind journey or a deep study of the film apparatus and their possible representations produced by interaction with the observer, who participates in an adventure of perception free from preconceptions and classifications.

These ten films and videos explore knowledge’s boundaries: Christin Turner’s HD video Vesuvius at Home (2017) reveals a symbiosis between cinema, memory and the spiral of time, and Bernhard Schreiner’s Victory to Loss Ratio (2013-14) tries to get images and sounds synchronized in our mind; in Heat Shimmer (1978) Arthur and Corinne Cantrill transform the landscape of central Australia into varying degrees of shimmers; in Sphinx on the Seine (2009) Paul Clipson meditates on a series of brief and enigmatic images from around the world. In My Moon Her World (1995) Vicky Smith combines animation with live action treated – pixellated, refilmed, in slow motion, and in Réminiscences (2001-2020) by Olivier Fouchard the pictures shot at Auvergne during the spring 2001 take on the appearance of dreaming things with unreal colors and the addition of found footage; Anja Dornieden & Juan David González Monroy’s Comfort Stations (2018) is a psychological test found by chance and without known authors; Christopher Becks and Emmanuel Lefrant’s film I don’t think I can see an island (2016) is a symbolically authentic non-Euclidean adventure; Take-Off (2006) is a collaborative project originated from the work-in-progress between Katherine Liberovskaya and the composer Al Margolis who activate a relation between images, sounds and editing processes; Semiconductor’s Heliocentric (2009) uses time-lapse photography and astronomical tracking to plot the sun’s trajectory through a series of landscapes. It is usually almost impossible to visualize how the earth moves around the sun, even though we know it is true, instead we ‘see’ the sun moving around us.

Bea Haut is an artist and film-maker in an expanded form, multimedia and often reactive to the environment, her works allude to perception of inter-related moments, spaces and actions in-between. On Friday, June 22nd for the program Matters of Being Bea Haut selects eleven films by UK film-makers who try to penetrate the enigmatic film materiality, evoking an interactive zone between object and subject in which arises an entanglement of aliveness, existence and event.

William Raban’s Cripps at Acme (1981) is a documentation of a performance by Steve Cripps, a wildly misbehaved, and perhaps genuinely unhinged artist of that time. John Smith’s The Hut (1973) is an experiment with visual rhythms which animates still photographs of a decaying building. Through rhythmic intercutting, Tanya Syed’s film Chameleon (1990) moves silently towards a point of confrontation with the outside world, shockingly emphasized by the film’s only sound. Inger-Lise Hansen’s Talking to a Stone (1993) creates a fragile and illusionistic balance between the forces of creation and destruction in time. Bill Leslie’s 9 Objects (2016) is part of a project with a deceptively simple title, ‘what happens to sculpture when it is filmed and photographed?’ which explores in practice the potential relationships between sculptural objects and different representational media. Two films by Laura Hindmarsh: Self Registration (2015) is the act of self-alignment using hand contact printing and Finding Focus (2016) shot at Lake George in Australia to give solutions to the myths which surround the lake’s sudden fluctuation in volume. In Button Box Blast (2016) Mary Stark films an explosion of a box of buttons in a random pattern of optical lights and sounds. Jenny Baines’s two films, both double 16mm projection, document two short performances: Untitled (Insertional) (2014) 2 bolex, a rope, two artists and a tree, and Untitled (# 1 25/25 x 10/4) (2016) run around to a tree repeatedly whilst tied to it. Vicky Smith’s Small Things Moving in Unison (2018) confronts the purely plastic problems that persist in the manually made film, of registering marks in the same place over a series of frames.

To deepen the dynamics of film creation, in the program Mattering and Uttering Bea Haut reveals her film work by selecting ten b/w films: working with 16mm film in a materialistic and do-it-yourself way allows a responsivity to concurbetween the artist and her materials. This becomes an entanglement of thinking, being and doing, activating an agency in both the self and the material. The program starts with Pending (2016), a 100ft length of film (30.48-meter) is formed by the audience into a ‘live loop’ before being taken up and played out by the projector, thus creating an empathy between spectators and artist.

On Saturday June 23rd the beautiful sunset from the Belvedere Museo Nitsch is the ideal set for the concert The magnetism of knowing and not knowing by Bernhard Schreiner: a performance in which the sound structures are developed live on the basis of ‘instant composition’ (call it improvisation if you wish), using a concert zither, effect- and loop-pedals, software (for live-input-processing) and a lot of small parts to interfere with the strings of the zither (mallets, brushes, metal springs, slide, bow, etc.).

“…Once a satisfying self-mixing structure is developed, it might be left alone for some time (or not), possibly allowing myself to step back and listen to the evolving self-mixing transformations. I might get back to further interfere with the setup, overdub, etc. or even restart the concert from zero (or not).” (Bernhard Schreiner)

Helga Fanderl continues to innovate Super 8mm film techniques and since the mid-80s has realized over six hundred films, each lasting about three minutes, and edited in-camera. Her films arise from intense observation and honed improvisatory approach that depends on rapid reactions and split-second timing.

Constellations is a temporary montage of twenty-four films (1992-2016) exemplifying some aspects of Helga Fanderl’s poetic that evoke correspondences and contrasts, thus experiencing an intense form of microcosm and in the silent flow of the frames we may float in a limbo of mental associations without time and space.

“…Handling the projector, changing one or more reels, focusing and framing the images, introducing my programs and talking about my filmmaking – all this creates a live event and a unique performance corresponding to the poetics of my filmmaking”. (Helga Fanderl)