Sapere i Luoghi – IN SEI ATTI 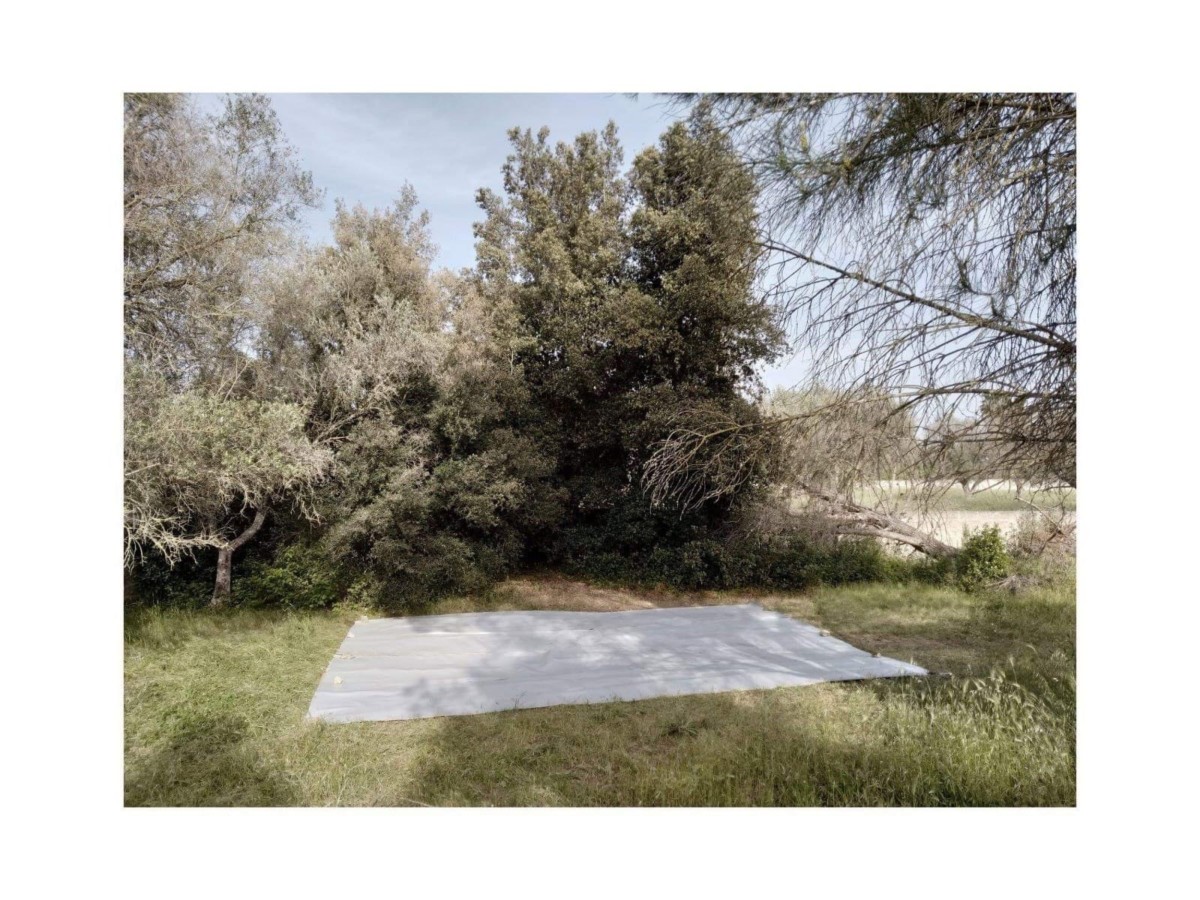 Sapere i Luoghi (“Knowing Places”), a project created by Fondazione Morra, Fondazione Lac o Le Mon and Cantiere Giovani, winner of the 2018 call for proposals “PRENDI PARTE!” Agire e pensare creativo” (“TAKE PART! Act and think creatively”) offered by the Directorate General for Contemporary Art and Architecture and Urban Suburbs (DGAAP) of the Ministry for Cultural Heritage and Activities, to promote the cultural inclusion of young people in areas characterized by situations of economic and social marginalization, brings to the close an experience in which 20 young people between the ages of 18 and 29, some of whom are NEET – young people in a condition of non-study and non-work – have taken part.
On May 28th 2019, at Casa Morra – Archivio d’Arte Contemporanea, the twenty participants (artists and non-artists alike) in the project will present their work to the public collectively, in groups performing simultaneously. It will be a firm and conscious “restitution” of the cognitive but also political importance of the process of community-building they have been working on bodies, not just screens; voices, not just “applications”; movements, not just technologies.
In the In Six Acts, it is the forms – of living, of knowing, of experiencing – that take priority. The product of this formative experience cannot but call into question any possible content, taking “nothing” as the topic around which – but also within which – to work.
Under the guidance of Cesare Pietroiusti, artist and creator of the project, Francesca Carfeda, Daniela D’amore, Mariateresa De Cristofaro, Luisa De Donato, Carmela De Falco, Giuliana Divino, Anna Dormio, Giovanni Ferrara, Simona Anna Gentile, Sara Maietta, Viviana Marchiò, Rachele Montoro, Caterina Morigi, Salvatore Pastore, Maria Grazia Piccirillo, Alessandro Piromallo, Noemi Saltalamacchia, Antonia Treccagnoli, and Marco Vitale will create a single macro-work divided into several acts.
Six + One are the situations of common grammar spring from the micro-compromises of sharing.
The titles of the moments are: One (Yoke Cards); Two (Scale 1: 1); Three (A talk on nothingness or the impossible to call oneself of nothing); Four (Cavity); Five (We are too sad to tell you); Six (Manifesto of things not done) and In six acts – Contributions (self-publication). They have been authored collectively and will be staged in key positions inside Casa Morra, representing different ways of living in community (formed by all the people taking part in the project) in the spaces in which community has been experienced. Movement, speech, the performance of varyingly complex actions, playing: all these things will be carried out with the idea that the performers are “working” not only with – but also for – others.

And what does it mean to “work”? Doing, or saying, are they not still doing?

Perhaps, in the end, there are no deeds; but only things being done. 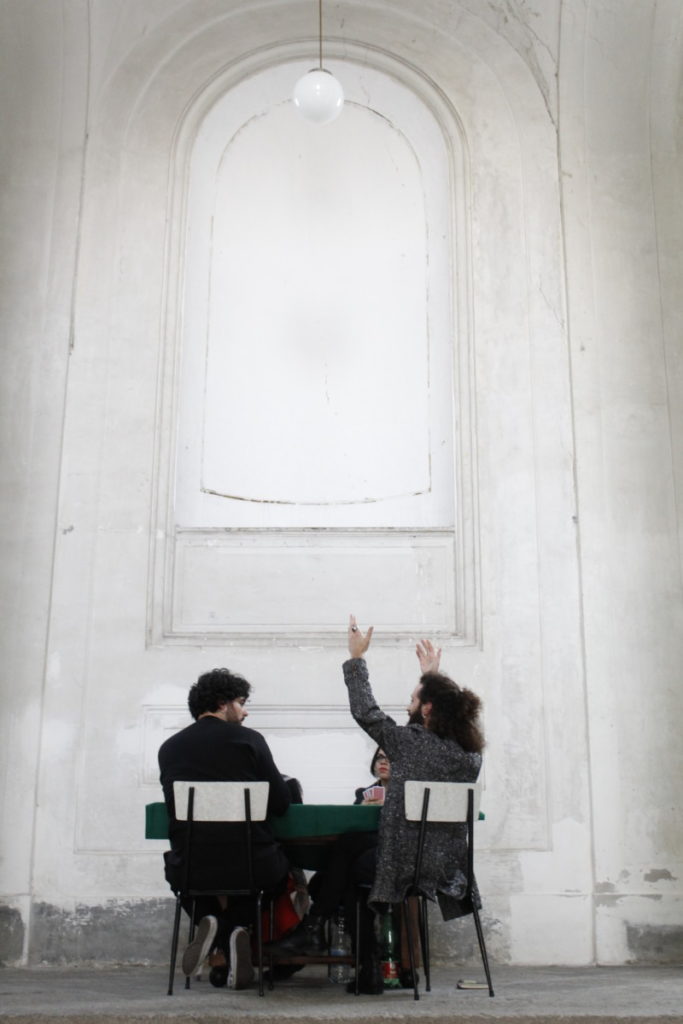 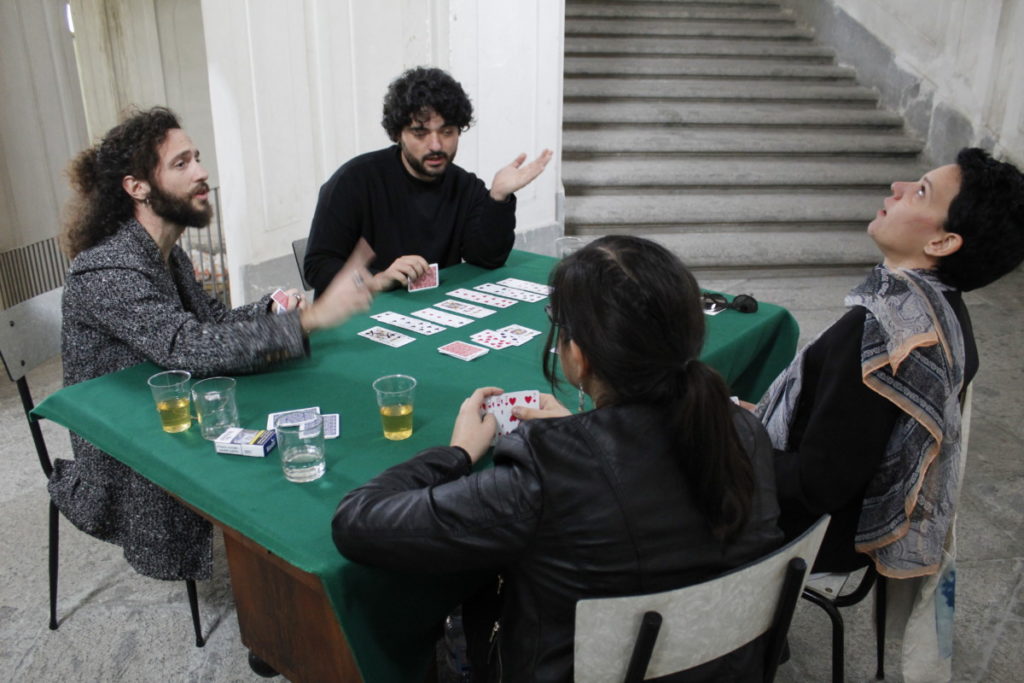 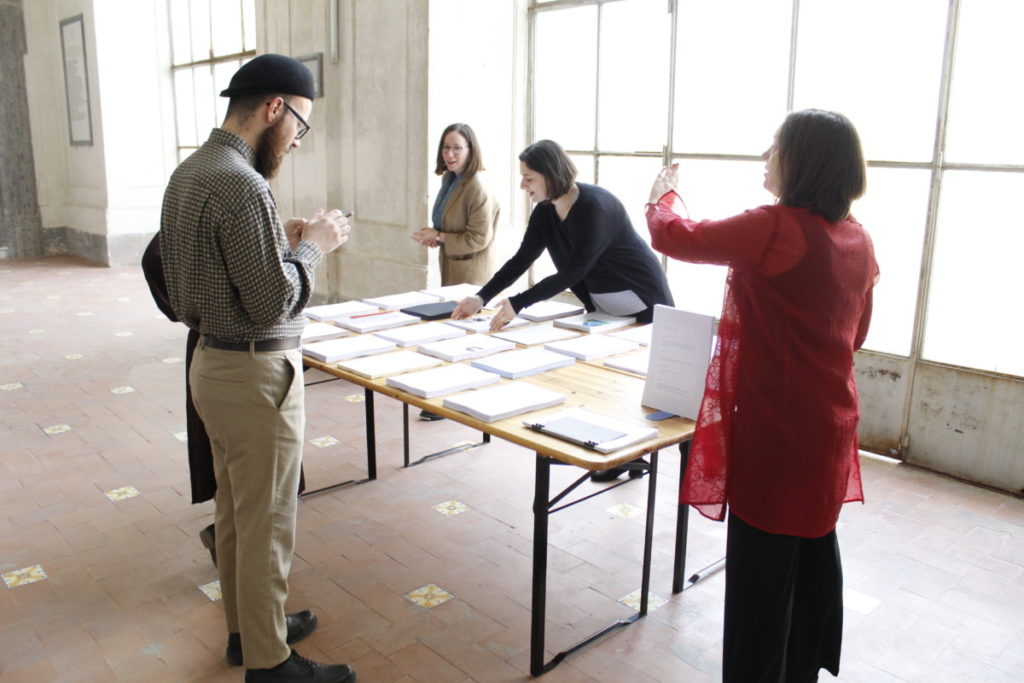 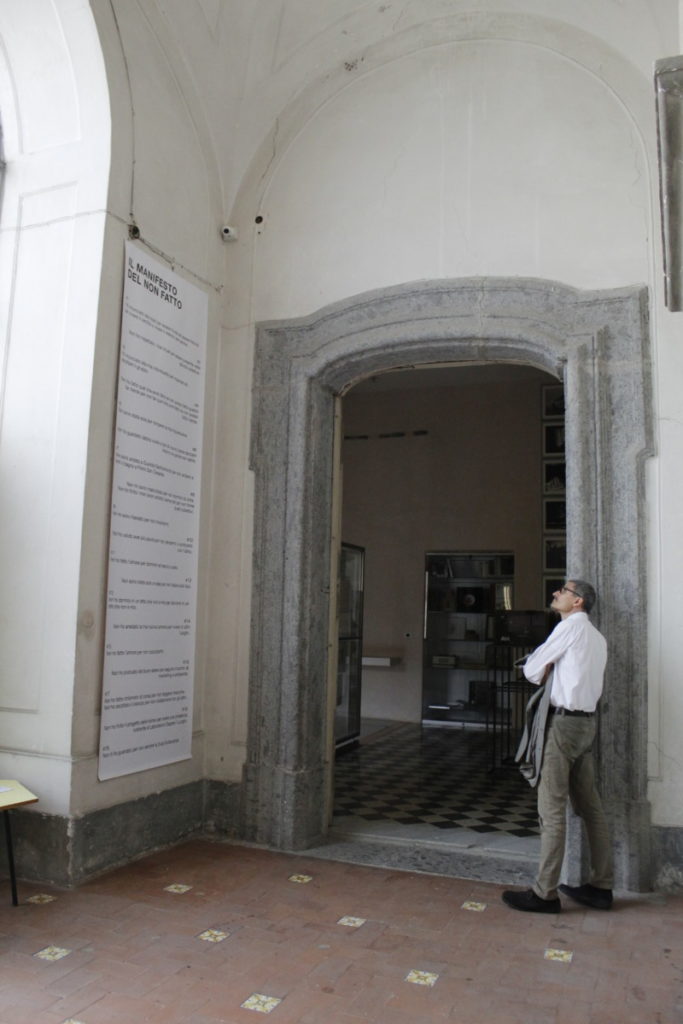 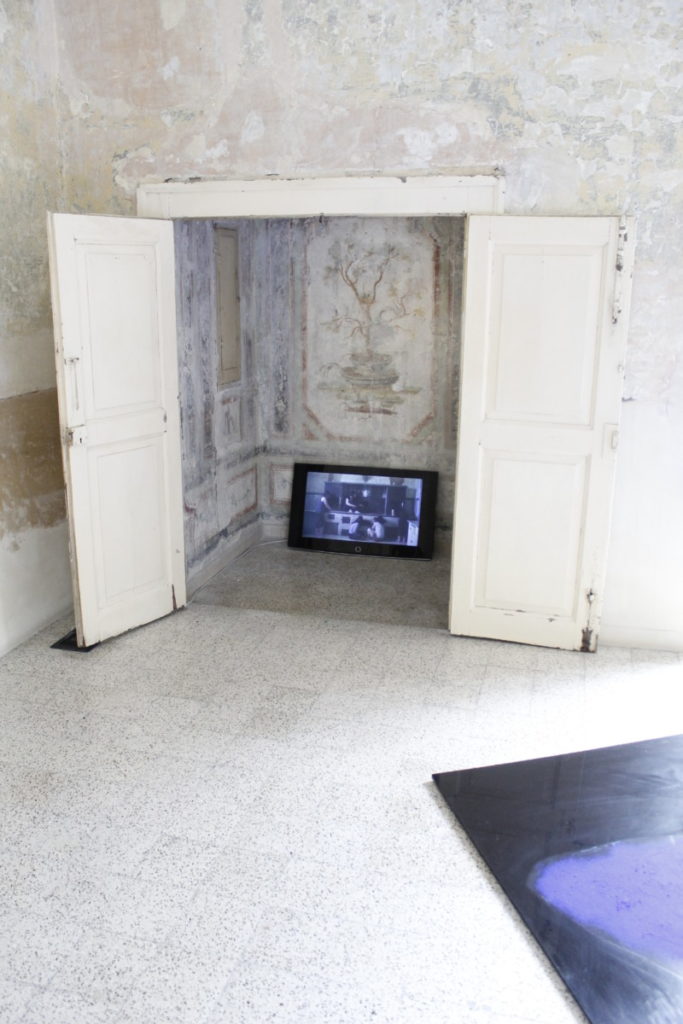 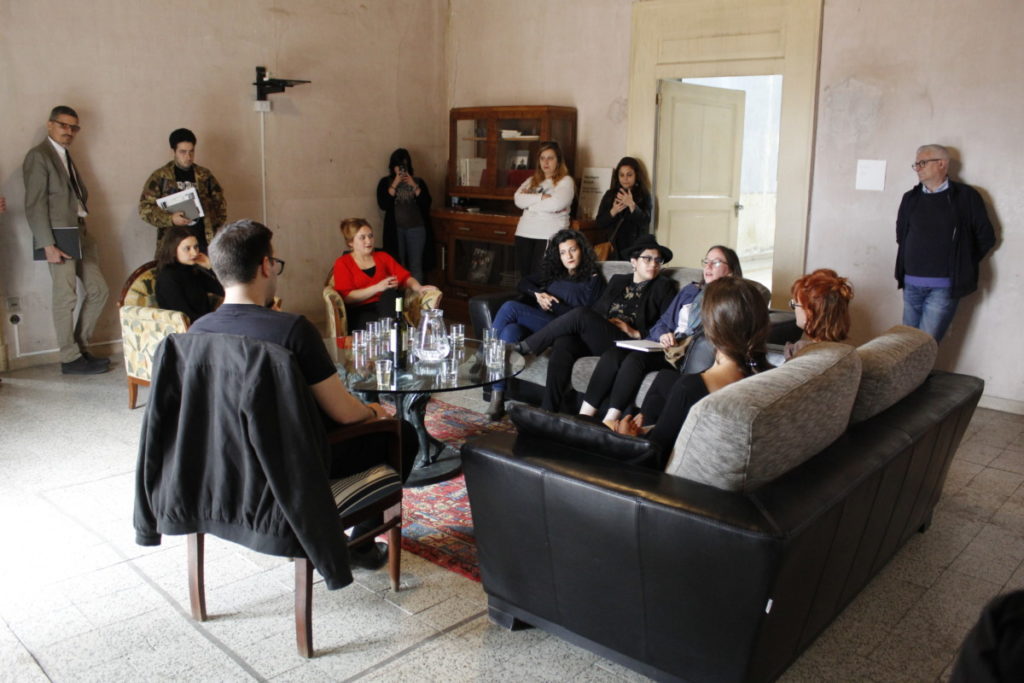 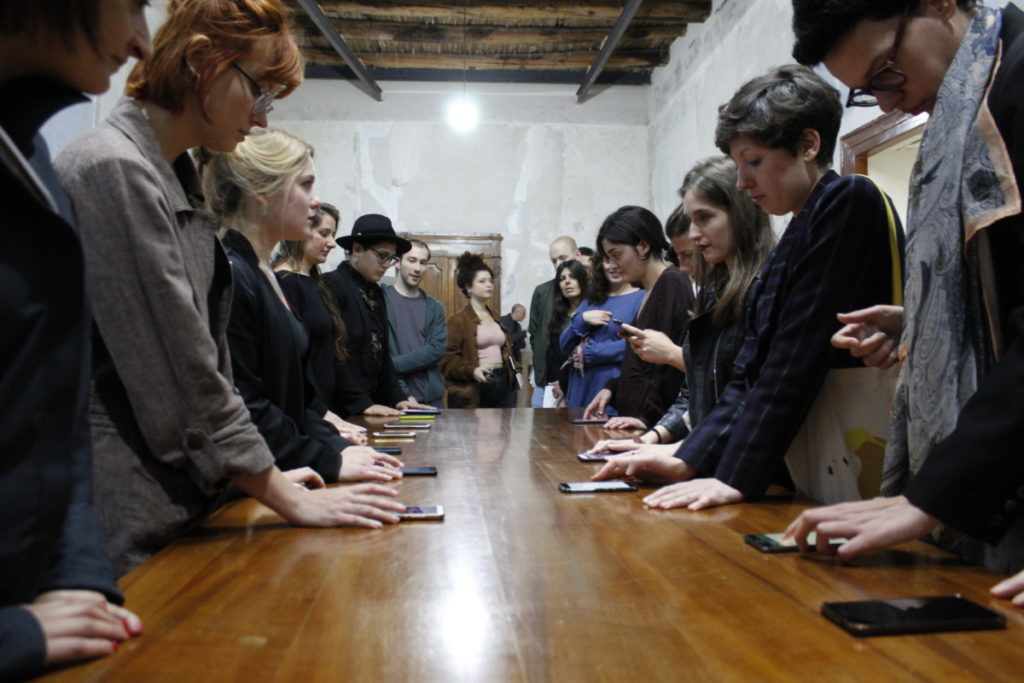